Many celebs go through that tough period where they are transitioning from struggling actor-wannabe-starlet to celebrity A, B, C or D status. Some celebrities don’t make it to the top and instead come barreling down. And others fall all the way from the tip-top and hit rock bottom. Find out which celebs’ statuses seriously fizzled in 2011. 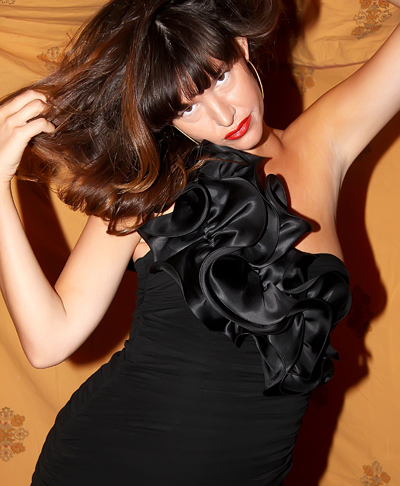 Though Paz de la Huerta plays the saucy and feisty Lucy Danziger in HBO’s Boardwalk Empire, she really does have that kind of zest in her. Known for many of her frowned-upon red carpet choices, she’s also known for her flying fists. De la Huerta was charged with assault back in April for drunkenly punching The City‘s Samantha Swetra at The Standard in New York City and breaking a glass, which caused shards to stick into Swetra’s leg. Needless to say, this hot mess is a bad influence off and on the silver screen. 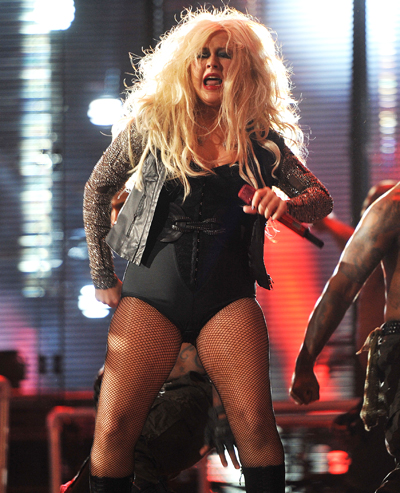 Not only did she mess up the words to the National Anthem at the Super Bowl XLV, but she was arrested for public intoxication in March and then there was also speculation that she abused her son after he was seen with a black eye. Now, she just needs to end her fat feud with Kelly Osbourne and maybe she can start getting out of the hot mess zone. Not to mention she could stand to scrape, like, five layers of makeup off of her face. She’s starting to look more drag than diva. 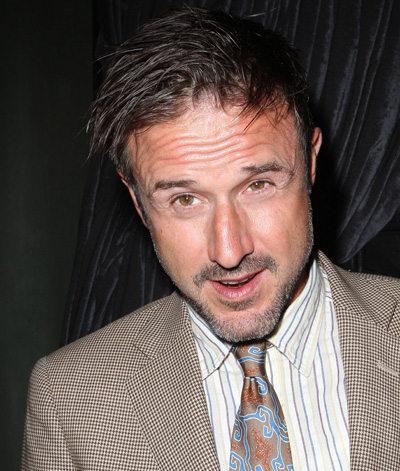 After having diarrhea of the mouth in his tell-all interview on Howard Stern about his sexless marriage to Courteney Cox, he quickly continued downhill. At the beginning of 2011, Arquette entered rehab for depression and alcohol abuse, which he quickly checked out of after 30 days. His affair with celeb-hungry wannabe Jasmine Waltz didn’t help him either. But he did clean up his image a little bit after appearing on season 13 of Dancing With the Stars. But let’s be honest, he’s pretty much always rode on the crazy train. 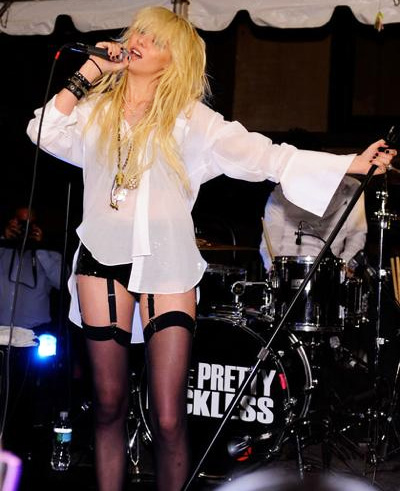 This year, the 17-year-old tarty Gossip Girl star managed to get even more X-rated by dressing in a corset, thigh-highs and a blingy garter belt at the Never Say Never premiere in February. This premiere included Justin Bieber fans, meaning children. Momsen also wrapped up her fourth season of Gossip Girl in May, which was her last season. After that she exposed herself while performing with her band, The Pretty Reckless, at the 2011 Download Festival at Donington Park in Leicestershire, England, and then again a few times after that. She now has dedicated all her time to being the front woman of her band with no plans of acting again. But maybe more plans of flashing her concertgoers. 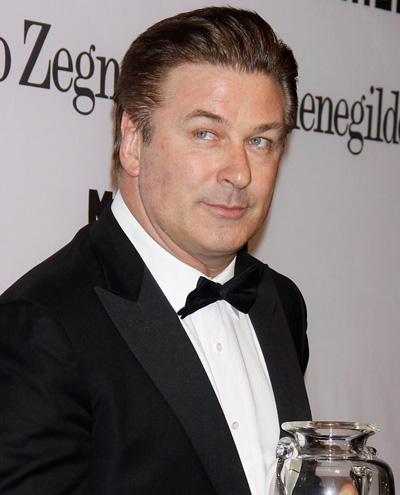 The 30 Rock actor, who is known for his feisty tweets and rants, almost made it through the year without making any dramatic scenes. But then a flight attendant asked him to turn off his phone while he was playing a game of Words With Friends so the plane could take off. Wrong move, lady. Baldwin then went into the bathroom and slammed the door, causing the pilot to come out. Basically, he got kicked off the American Airlines flight. He then posed as an American Airlines pilot and apologized to himself in a hilarious skit on Saturday Night Live. Such a drama queen, that one. 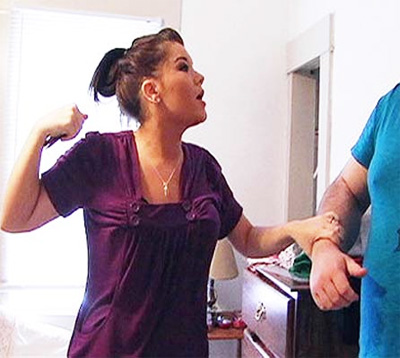 While we’re being honest, it’s pretty much a given that any gal on Teen Mom 2 is a hot mess, but Amber Portwood really takes the cake. After rejecting a plea deal for felony assault charges for assaulting (punching and choking) her baby daddy Gary Shirley, she lost custody of her two-year-old daughter Leah in May. A few short weeks later, she attempted to kill herself but, obviously, didn’t. She then vowed to go to rehab and just a little bit after that, she got in a drunken fight with a random girl at IHOP. To top it all off, she’s hanging out in jail over the holidays for a parole violation. Bet she wishes she would have just shut up and ate her pancakes instead of just being herself. 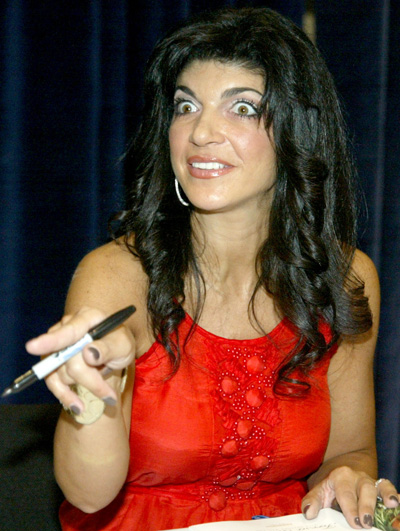 This Real Housewives of New Jersey reality star isn’t all Fabulicious cookbooks and “happy wife, happy life” — her character is a little more complex… a little more cray cray. Look, getting into all her crazy and dramatic antics is like telling someone Heidi Montag got plastic surgery. We’ve all seen it, heard it and read about it. Whether Giudice is calling Kim G. the “devil,” taking catfights to Twitter, or talking about how Caroline Manzo is jealous of her, we saw it coming. Especially when she flipped up the table in the first season. She has hot mess written all over her and her new bubbies. 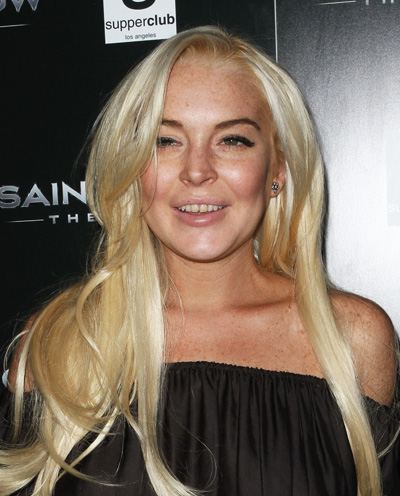 Besides the fact that trouble naturally lingers around this redhead, she really brings it upon herself. At the start of last year, Lindsay Lohan had just left rehab at the Betty Ford Clinic only to deal with grand theft charges for a necklace she allegedly stole, reunited with Samantha Ronson for a little bit, told her dad to shut up, was dropped from the Gotti movie, renewed her feud with Paris Hilton, got in a bar fight, partied with Paris Hilton, got a tattoo she shouldn’t have, cleaned toilets at the morgue, posed for Playboy — only to have the cover leak — and had her purse stolen in Hawaii. Between all of this, she also was in court, in and out of jail and under house arrest 90 percent of the time. Talk about a busy (jailbird) bee! 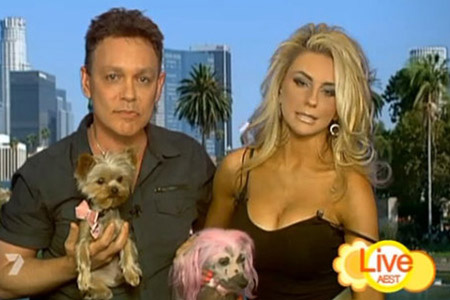 First things first: At 16 years old, she thought it was a good idea to get married to her 51-year-old husband. Not to mention the fact that her parents were “totally cool” with it. Look, this isn’t 1890. And not only are her tweets super scandalous but there’s a good chance she’s really 35 years old. And if you can’t get enough of her or her crazy looks, there’s talk of her and husband Doug Hutchison getting their own reality show. And also make sure to never bring your child to a pumpkin patch when she’s there. 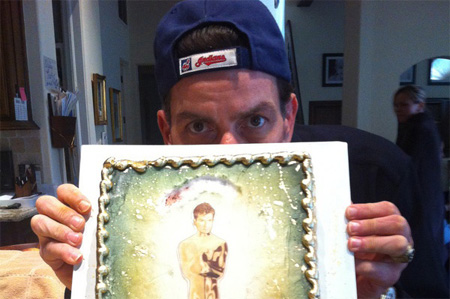 OK, we’ll be honest, this was not Charlie Sheen’s “winning” year. From partying with porn stars to heading to rehab to getting fired from the hit sitcom Two and a Half Men, he really did a number on himself, and, clearly, his body. This ’80s star is no stranger to the Hollywood world, yet he let the celeb lifestyle swallow him whole. Not even his “Goddesses” or “Tiger Blood” could help him. Do we really need to go over his naughty-with-no-nice list this year? Or can you just trust us when we say that he’s our number one hot mess of 2011?