Sean Penn has raised the ire of Maria Conchita Alonso for his extremist political views. Read on to find out the very public way the actress confronted him. 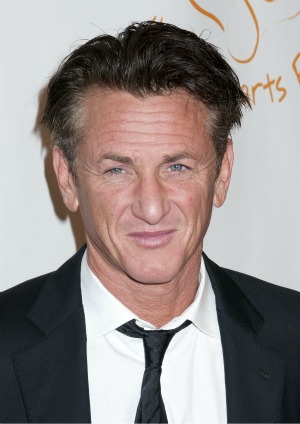 Actress Maria Conchita Alonso knows a thing or two about fascist governments: She was born in Cuba and raised in Venezuela. It should come as no surprise then that she thinks Sean Penn is a total jerk for his effusive praise of dictator Hugo Chavez.

Alonso revealed in a radio interview with Washington, D.C.’s WMAL that she recently confronted Penn on his political stance in an airport.

“I was so angry and I had all this built inside me for so many years, and he calls me a pig. I just exploded. My mother was so happy, she wanted to clap.”

Where are the paparazzi cameras when you need them?

This isn’t the first time Alonso has confronted Penn about his friendship with Chavez. Last year she published an open letter to the actor ripping him a new one over the relationship. She’s kind of awesome.

“I was appalled by a recent television interview where you vigorously showed support for the regime of Hugo Chavez,” she wrote. “Why do you accept violations by part of the government of Venezuela to ignore its Constitution whereby one man, military-educated Chavez, controls all branches of government? His military background is revealed by his philosophy: ‘I order, you obey and if you disagree you’re a traitor to the country.’ And your voice is silenced along with the ability of freethinking. Did you know solely the government controls 92% of media communications?”

“You’ve strongly criticized your own governments’ overspending and corruption, whereby the budget for ‘We the people’ never ends up in the hands of those who need it most.”