Sandra Bullock has one Christmas tradition she can’t live without: Smuggling sausages. It’s not as dirty as it sounds — or is it? 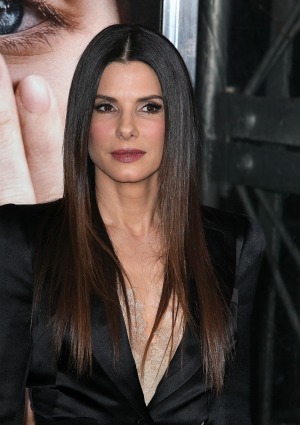 Sandra Bullock sure loves her hot meat. The actress, who has been tied to Ryan Reynolds on and off since her split from cheating husband Jesse James, says that there is one Christmas tradition she absolutely can not live without: Hot, juicy sausage. Indeed.

Unfortunately, it’s not nearly as scintillating as it sounds. Bullock told Jay Leno that one family tradition she has kept up after her mother’s death is illegally importing sausages from Germany for their Christmas breakfast.

“Since my mother passed, we break the law, because we have to manage to smuggle German sausages into the country, and apparently bringing meats across the waters is against the law,” the actress told Leno during an appearance on The Tonight Show.

“You fry ’em up with some sauerkraut and potato salad, but they have to be the right ones.”

So how do they get the forbidden meats into the country? Bullock says they call on friends and family overseas, but won’t divulge much more than that.

“We just have to break the law a little bit, but eventually someone’s package gets through,” she said.

“I’m not at liberty to divulge how we smuggle the sausage.”

Note to self: Don’t eat the sausage at Sandra Bullock’s house. You don’t know where it’s been.