The Real Housewives of Atlanta’s NeNe Leakes will guest star in several episodes of Glee later this season. 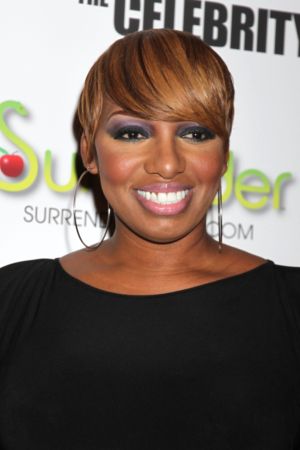 NeNe Leakes, whose life is profiled on the Bravo docu-soap The Real Housewives of Atlanta (RHOA), has been tapped for a multi-episode, recurring guest arc on FOX’s Glee.

Viewers sat glued to their tubes as the sassy Southern socialite famously sparred with her onscreen nemesis Kim Zolciak and her Celebrity Apprentice co-star Star Jones.

Now she’ll take on one of the small screen’s most beloved Queens of Mean: Sue Sylvester.

Mr. Schuester can breathe a little easier as McKinley High’s caustic cheerleading squad prepares to face off with a brash new rival in the form of Leakes.

Look for the outspoken sudster star to appear as a cocky swim coach named Roz Washington in a few episodes slated to air in the new year.

“The secret is out! YES I have a recurring role on GLEE! I’m coach Roz Washington the synchronized swim coach! So honored,” NeNe tweeted Monday.

“Running through the house screaming Gleeeeee! Coach Roz Washington is gonna get that Sue Sylvester! I’m so proud of myself,” she later added.

“Studying lines now! My memory is just gone LOL! Gotta head right back 2 the Glee set after the holidays.”

We may soon see a lot more of NeNe without her RHOA cast mates. The boisterous diva is reportedly angling for her own spin off.

“She’s furious that Kim got her own show and she didn’t,” a source told Star magazine last month.

“She’s saying she’s too big for RHOA and Bravo doesn’t pay her enough… NeNe has told friends if she doesn’t get what she wants, she will quit!” the insider added.