We never thought we’d see the day when Simon Cowell would become his own worst critic, but there’s a first time for everything. 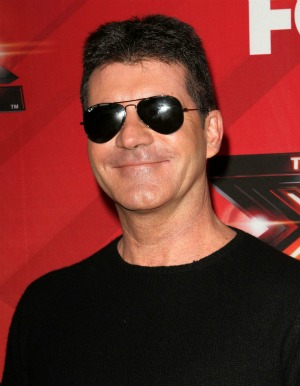 Simon Cowell is finally ready to admit he might have let his ego run amok while building up The X Factor’s ability to dominate, well, everything.

During a press conference on Monday (Dec. 19), Simon talked about a lot of things: This week’s finale of The X Factor, Nicole Scherzinger.

One thing that caught our attention, however, is that the man who rarely admits he might have gotten carried with something, did just that.

Remember when he boasted huge ratings and success for his new American version of The X Factor and he didn’t deliver the exact mind-blowing numbers he predicted?

Well, he told reporters of his confident attitude, “I’m cocky by nature, but I’d come off a massive final in the UK, I had adrenaline, I couldn’t wait to put the show on here and it’s gonna take a little bit longer than I thought.”

See, even a man like Simon Cowell will eventually see the light and admit he might have gotten carried away.

What does he mean by that, you ask?

According to a report via The Hollywood Reporter, Simon Cowell changed finalist Melanie Amaro’s song choice as early as Sunday because he worried “it was too British and too old for her.”

As for the finale and who he thinks will take home the big contract (Josh Krajcik, Chris Rene or Melanie Amaro), Cowell said, “With these three, this will be the greatest final ever in terms of talent.”

There goes that cockiness again. He added, “No one could call this show… Amazing vocalists, great recording artists, I’m more excited about this week than anything for a long while and one of these artists will be the legacy for this year. This is $5 million talent.”

Check out the two-day finale starting Wednesday, Dec. 21, which will include duets between the finalists and a few special guests. Come back the following day to see who is crowned the winner — oh, and to see Justin Bieber perform.

Will you be watching the finale of The X Factor