In Hollywood, not all hookups are created equal. PR experts say a union between lukewarm personalities Kim Kardashian and Kanye West could further shatter their already tarnished public images. Will Kim’s rumored romance with the rapper serve as the latest blow to the shaky Kardashian empire?

Move ovah, Spencer Pratt and Heidi Montag! Entertainment experts have come up with a Terrible Twosome that could send you headed for “The Hills.” 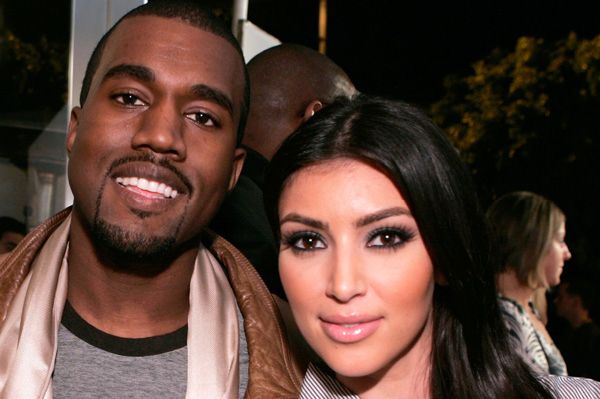 If rumors of a Kim Kardashian and Kanye West hookup are true, the stars could become Hollywood’s most hated celebrity couple, say those in-the-know.

Khloe Kardashian might have her heart set on a Kim/Reggie Bush reunion, but new romance rumors are circulating after Kanye was spotted “all over” her sister at a Los Angeles afterparty earlier this month.

According to gossips, the “Otis” rapper couldn’t keep his blinged-out paws off the socialite as the pair partied following a concert at the Staples Center.

“Kanye was eating Kim up like she was a piece of cake. He was all over her — caressing her head, touching her waist. I think he was dying to kiss her, but there were too many people in the room,” an insider tattled.

The encounter quickly reignited romance rumors that initially surfaced when Kim and Kanye allegedly canoodled on the set of a Complex magazine photo shoot in 2008.

If Kim hopes to bite back at the public backlash that’s followed her Blink-and-You-Missed-It marriage to NBA star Kris Humphries, her taste in men is going to need a mayjah makeover, snoops say.

Public relations experts are predicting that a Kim-Kanye pairing could result in one of the most toxic celebrity couples of all time.

Yep, even worse than you, Speidi.

“We are starting out with two individuals with the deck stacked against them and when you put the two of them together, they will be a turnoff to the majority of the audience,” says Steven Levitt, president of Marketing Evaluations.

Levitt’s company measures figures that quantify the likability of a particular personality. Cross-sections of the American public are polled on how warmly or coldly they feel about a particular celebrity.

According to Levitt’s calculations, both Kim and Kanye boasted negative likability scores that soared several points higher than their average Hollywood counterparts.

Translation: Many people just don’t like them very much.

A Kanye West-Kim Kardashian union would only serve to turn the public off to the pair even further, Levitt explains.

Not exactly what the doctor ordered for Kardashian, who was recently voted the year’s most ill-mannered celebrity.

“When you look at Kim and Kanye together you see that the audience does not favor either of them. For the most part they turn off the general audience.”

Even tabloid glossies are cringing at the thought of a West-Kardashian union.

“Right now Kim needs to focus on repairing her image and winning back the public’s approval and their trust in her. Kanye West is a horrible choice. Those two would be the most hated couple in America if they started dating,” says In Touch Weekly Senior Editor Dorothy Cascerceri.

Cascerceri suggests Kardashian couple up with someone the public already loves.

Who are some of your least favorite Hollywood couples?