Giuliana Rancic is back at home recovering from a double mastectomy. Read what she has to say about her cancer journey so far. 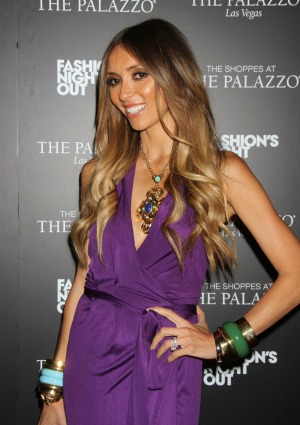 Giuliana Rancic is recovering after a double mastectomy, and now that she is back home she is speaking out herself to let fans know she is just fine.

“I’m feeling good and I’m happy to be back home,” she told her employer E! News.

“I’m healthy and surgery was a success. It’s been tough, but I’m trying to stay strong and manage the pain,” Rancic explained. “I have to say I have a newfound respect for women who have been through breast cancer and this surgery.”

Giuliana Rancic “not defined” by her breasts >>

“She had a little bit of pain through the night but is feeling much better this morning and was cracking jokes,” he said.

Giuliana announced her breast cancer diagnosis in mid-October, less than two weeks after she posted a series of videos asking which celeb has the best boobs in Hollywood to raise awareness of the frightening disease.

“I think a lot of us think we’re invincible,” she said. “We have to start putting ourselves on the to-do list.”