The third season of Cougar Town might not have an air date yet, but they’ve decided who Laurie’s new beau will be — Edwin Hodge 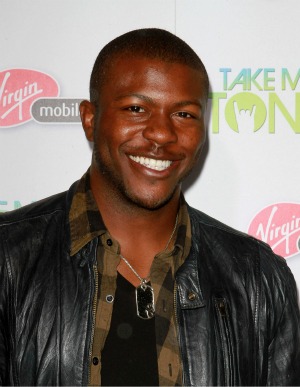 Right now, March is the estimated return month for season three of Cougar Town — remember that’s just an estimation at this point.

What isn’t an estimation, however, are the juicy details on Laurie’s new man.

According to TVLine, Edwin Hodge is moving into Cougar Town in the role of Wade.

Wade is a U.S. soldier who catches the eye of Laurie (Busy Phillips), leading the two to become “involved.”

There’s just one problem: Wade is stationed in the Middle East. Talk about distance making the heart grow fonder.

Being away from each other leads to the fun of Skype to replace the duo’s in-person dating.

Oh, did we mention Travis (Dan Byrd) is on deck to help the couple learn the joys of long-distance dating?

Skype plus Cougar Town will no doubt equal an amazing story, don’t you think?

If you’re interested in finding out more about Edwin Hodge, here’s what we know…

Hodge is known for his role as Jack’s best friend in Jack & Bobby and he was in Fox’s Mental and ABC’s Invasion. Let’s not forget the CW’s One Tree Hill.

Oh, and he’s the older brother of Aldis Hodge (Leverage).

ABC recently made the decision to cut back on Cougar Town’s number of episodes for Season 3 — way back. They went from 22 to 15. That’s a pretty big jump if you ask us.

Head over to our comments section and tell us what you think of the latest casting news and the decision to cut the number of episodes in season three.

Thumbs up or thumbs down for Edwin Hodge on Cougar Town? You know you have an opinion, so why not use it?

Will Wade make a good man for Laurie?