The mother of Brittany Murphy says her daughter and son-in-law were both felled by the same culprit: mold. Read on to find out what she plans to do about it. 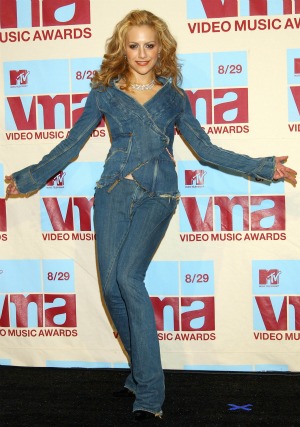 When Brittany Murphy died two years ago it was chalked up to a tragic accident: Undiagnosed pneumonia compounded by an accidental overdose on prescription meds. Then, less than five months later her husband Simon Monjack was found dead in the same house of similar causes. Coincidence? Murphy’s mom says no way — and she’s ready to do something about it.

Sharon Murphy insists that toxic mold in the star’s home killed both the actress and her husband, and now she’s suing.

While rumors flew that an eating disorder and drug addiction were at the center of Murphy’s health problems, her mother said she was taking multiple over-the-counter and prescription meds in the hopes of curing a respiratory infection that turned out to really be undiagnosed pneumonia.

Just months earlier, Brittany’s husband Simon Monjack had to be evacuated from a plane after suffering an undetermined respiratory attack. He would later be found unresponsive in the bedroom he shared with Brittany, just steps from the bathroom where she died.

Sharon Murphy is suing her former legal team, claiming that she was pressured into accepting a settlement offer from the home builder without fully understanding that she would never be able to sue them for wrongful death.

The still-grieving mom is asking for what she would have gained in that wrongful death suit, which could potentially mean millions, plus additional unspecified damages.