For the first time since Bill O’Reilly launched The O’Reilly Factor back in 1996, Bill Clinton will appear on his show. 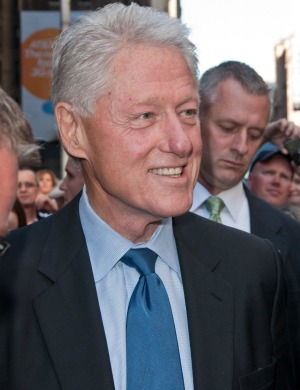 It’s one of the interviews that has eluded Bill O’Reilly — former President Bill Clinton.

Now that O’Reilly has him in the hot seat, what will these two Bills dish about?

Sure, O’Reilly has talked with Clinton away from the walls of his show, The O’Reilly Factor, but he’s never been able to get him on the show — until now.

According to Entertainment Weekly, The interview between O’Reilly and Clinton will air on Tuesday, Dec. 20 and include all kinds of glorious topics from the Obama administration to the Republican presidential candidates.

Also on the agenda is Clinton’s book, Back to Work.

So, is that the real reason the former president is finally stepping into the territory of O’Reilly? Hey, the guy has to push his book somehow.

O’Reilly spoke back in January about his desire to sit across from Clinton on The O’Reilly Factor, saying, “I’ve spoken to the president myself, he’s always, ‘Oh, yeah, we’re gonna do it.'”

O’Reilly added during his Backstage Conversation webcast, “I’m trying to put myself in Bill Clinton’s shoes — ‘Do I really want to go up against O’Reilly? What do I, Bill Clinton, have to gain by doing that? Nothing. And what do I have to lose? A lot — he doesn’t come across well. I think he should do it because he’s a patriot. Because he knows a lot and I have a lot of good questions.”

This is going to be one solid meeting of the Bills if you ask us.

Will you check out O’Reilly’s interview with Clinton on Fox News this Tuesday, Dec. 20?