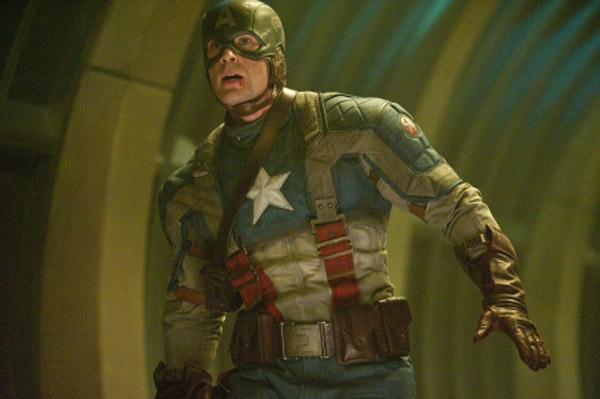 “Jack [Kirby, his lifetime friend] and I read the newspapers and knew what was going on over in Europe. And there he was — Adolf Hitler, with his ridiculous moustache, high-pitched ranting and goose-stepping followers. He was the perfect bad guy, much better than anything we could have made up, so what we needed was to create his ultimate counterpart,” he told Boston.com.

That counterpart was the brawny superhero, Captain America.

“I was 24 when I first started creating Captain America,” Simon told the Philadelphia Daily News a few years ago. “It’s been a guardian angel hanging over me my whole life. Everywhere I went — in the service or wherever — I wasn’t Joe Simon; I was Captain America. It was like a cloud hanging over me, but a good cloud. I loved it.”

Simon’s death capped off a big year for his franchise — it’s the 70th anniversary of Captain America and the film, Captain America: The First Avenger, drew in nearly $370 million at the box office with Chris Evans as the titular character.

However, comics weren’t his first career. Simon got his break in Hollywood by hand-airbrushing the photos of screen sirens like Joan Crawford.

“I retouched some of the most famous bosoms in motion pictures — Gloria Swanson, Joan Crawford, Bette Davis, Carole Lombard and Dorothy Lamour… Good bosom men were considered experts and got lots of work. I could hold up a sagging bust line with the best of them,” he wrote in his autobiography, Joe Simon: My Life in Comics.

Luckily his legacy will live on in his characters.