Ellen DeGeneres is moving to the beach! Find out how much she spent on Brad Pitt’s former bachelor pad. 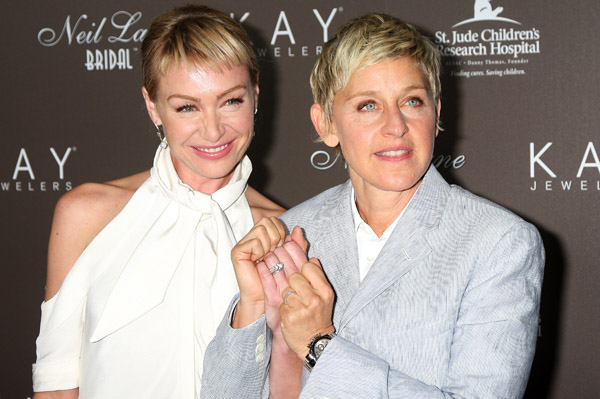 Pitt bought the pad after he broke off his marriage from Jennifer Aniston. The four-bedroom, four-bath, 4,000 square foot house is a stone’s throw from the beach — the perfect pad for a pre-daddy Pitt. He now owns several properties around the world that are large enough to fit his brood with Angelina Jolie.

DeGeneres loves to purchase property — mostly because she always lived in rented houses growing up.

“I love houses, so I am constantly decorating and redesigning. We never owned a house when I was growing up. We rented, and we moved about every two years, just far enough to have to start at a new school,” she told Good Housekeeping in October.

“So then, when I started making money, I bought a house and fixed it up, then moved on to the next one. Designing is my hobby. If I didn’t do what I do for a living — at some point when I don’t do this for a living — I’ll probably just do design work… I enjoy putting rooms together. I like looking at something that needs tweaking and knowing what it could be. I like seeing something as a blank canvas and making it better.”

A love of design and extravagant property isn’t the only thing Pitt and DeGeneres have in common — she’s working with Pitt‘s Make It Right foundation on a fundraiser to rebuild her hometown of New Orleans. Pitt’s charity helps rebuild Hurricane Katrina-ravaged homes in the city’s Lower Ninth Ward.

“I’m so happy I can be a part of this incredible foundation,” DeGeneres said of the March 10, 2011, fundraiser she’s hosting. “Brad Pitt is amazing — not only for what he started, but also because, who else can make a hard hat look like a jaunty fall fashion accessory?”