Director David Fincher is already thinking strategy for the sequels to The Girl With the Dragon Tattoo. What controversial change did he make to the story?

The Girl With the Dragon Tattoo isn’t even in theaters yet, but director David Fincher is already thinking about filming the sequels. 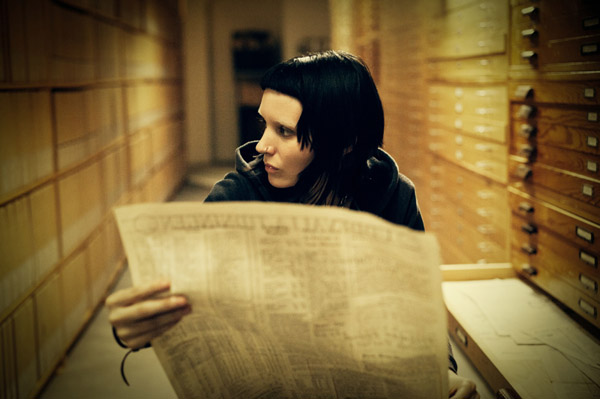 “I don’t think Rooney [Mara] wants to be doing this four years from now. So I think that would be crazy, especially given the sense that it’s really one story that’s kind of bifurcated in the middle.”

That’s a good thing, considering Mara kept her nipple ring in anticipation for the next two films. However, Fincher didn’t go into The Girl With the Dragon Tattoo thinking there would be a full three-movie trilogy.

“There are a lot of those [franchise] expectations,” Fincher told MTV News in a new interview. “I think there is a trilogy here, [but] I was looking it as a one off. I see a beginning, middle and an end in this first story.”

The film — in theaters starting on Dec. 20 — is set to be a hit, but it’ll likely anger fans of the Stieg Larsson series. Spoiler alert: Fincher changed the ending of the film.

“It was an easy choice to make,” Fincher told MTV. “I thought it was sleeker. I like the idea of someone who has been subjected to this kind of trauma learning to hide in plain sight. It’s a different choice than the one the book makes. Lisbeth manages to occupy in the shadows and margins. This is another way of doing that. And they are parallel stories. It’s silly not to think of them as that.”

Are you pumped for The Girl With the Dragon Tattoo?