A former NYU professor claims James Franco got him fired. What happened? Read on to find out! 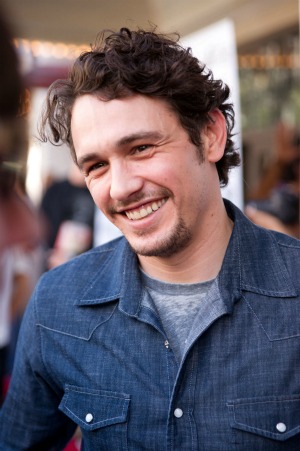 James Franco is at the center of a fresh controversy today after a former NYU professor says the actor got him fired from his coveted teaching position.

José Angel Santana is suing NYU to get his job back after he claims the renowned Tisch School of the Arts canned him for giving Franco a D in his class — a grade the prof says was well-deserved.

Santana says he gave Franco the near-failing grade because the actor missed 12 out of 14 Directing the Actor classes in his master’s of fine arts program. Franco then publicly ridiculed him on Twitter and the school axed him.

“The school has bent over backwards to create a Franco-friendly environment, that’s for sure,” Santana, 58, told The New York Post. “The university has done everything in its power to curry favor with James Franco.”

Santana claims Franco blew off his other classes, too — but those teachers looked the other way so the school could stay in the star’s good graces.

In fact, Franco even hired one of those other professors, Jay Anania, to write and direct his film William Vincent, featured at the 2010 Tribeca Film Festival.

“In my opinion, they’ve turned the NYU graduate film degree into swag for James Franco’s purposes, a possession, something you can buy,” Santana said.

Franco’s only comment on the grade scandal came last year when he told Showbiz911, “I did the work. I did well in everything else.”

In a statement to press, NYU officials said, “It is regrettable and disappointing to see a faculty member — former or otherwise — discuss any student’s grade for the purpose of his or her personal publicity.”