Move over Roger Moore, Daniel Craig is making James Bond history. The actor is rumored to be reprising the coveted role in five more films, which would make him the longest-running Bond in history! 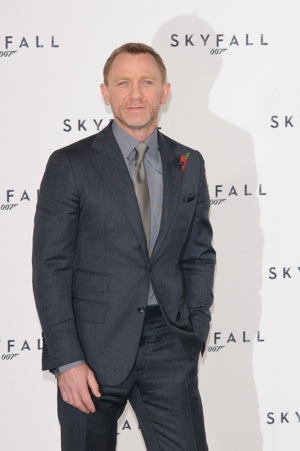 Current James Bond, Daniel Craig is giving Roger Moore a run for his money. Craig is in talks to star in not two, not three, but five more Bond films!

If the deal goes through, he’ll appear in a total of eight movies, surpassing Moore’s record seven.

Craig is currently on location shooting the latest installment of the series, Skyfall. Bond producer Michael G. Wilson recently told the UK edition of People that he really wants Craig to stick around. Wilson says he plans on approaching the actor about his Bond future, once the film wraps.

“Filming has gone very well so far and I’d love Daniel to surpass Roger’s record and do eight pictures,” says Wilson. “Daniel’s been an absolute pleasure to be around because he takes the role so seriously. There’s really no one more passionate about making these films work than him — he’s a filmmaker’s dream.”

Wilson’s praise doesn’t stop there. He claims, “A lot of people have said Daniel’s been their favorite Bond since Sean Connery and I can’t argue with them. He’s doing a great job.” That’s a huge compliment considering Connery is the original 007. The Scottish actor brought Bond to the big screen in 1962’s Dr. No, and the rest is cinematic history.

Aside from being its producer, Wilson has a special connection to the Bond series. The franchise is a family business. His stepfather, Albert R. “Cubby” Broccoli, produced several of the earlier films, including Dr. No.

As for Skyfall, the plot is being kept under wraps, but it’s rumored to return to its ’60s roots. Aside from Craig, the cast includes Javier Bardem, Judi Dench and Naomie Harris.