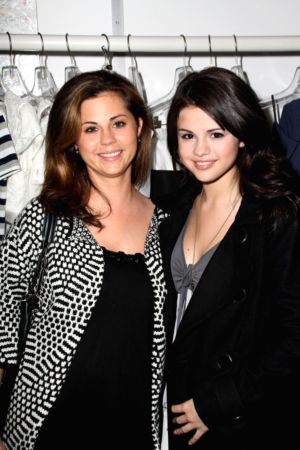 On Saturday, a rep for singer/actress Selena Gomez announced that the teen sensation would be canceling several upcoming concerts due to a family emergency.

Now we know why: Selena’s mom has suffered a miscarriage.

Just a few weeks ago, Gomez, 19, tweeted the news that her mom and step-dad, Mandy and Brian Teefey, were expecting their first child together.

“I’m the happiest girl in the world!” Selena wrote at the time, excited at the prospect of being a big sister.

But according to E! News, tragedy hit the happy family when Mandy lost the baby early Friday evening.

Gomez was headlining Power 106’s Cali Christmas 2011 concert in Los Angeles when she learned the devastating news. The pop star promptly left the show and headed home to comfort her grief-stricken family.

A rep for Selena says the star is doing “OK” and spent the weekend at her parents’ home in Texas.

Gomez had been scheduled to play the B96 Jingle Bash 2011 at the Allstate Arena near Chicago on Saturday. She was also billed as a featured headliner for Sunday’s 106.1 KISS FM Jingle Bell Bash at the WaMu Theater in Seattle.

She pulled out of the Chicago gig. The Seattle concert was entirely postponed because pop group OneRepublic also had to cancel — with frontman Ryan Tedder being ordered by a doctor to go on vocal rest.

Our thoughts go out to Selena and her family.