Kobe Bryant announced his divorce from his wife Vanessa Bryant. What went wrong with this sports royalty couple? 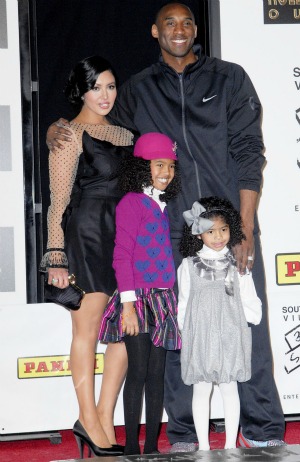 They said it wouldn’t last — and they were right. It just took a little longer than anyone anticipated. Kobe Bryant has split from his wife of over ten years after a decade of cheating rumors. Is this what finally drove Vanessa Bryant to the breaking point?

“The Bryants have resolved all issues incident to their divorce privately with the assistance of counsel and a Judgment dissolving their marital status will be entered in 2012,” read a confirmation of the split from the family’s rep.

“We ask that in the interest of our young children and in light of the upcoming holiday season the public respect our privacy during this most difficult time,” the pair added in a personal statement.

Kobe and Vanessa met when he was just 21 and she 19 and still in high school. They were engaged within six months and married a year after that — a move that so displeased his family that his parents and sister refused to attend the nuptials. While familial relations improved after the couple’s first child was born in 2003, the trouble was just starting for the couple.

That July, Kobe was arrested for rape after a hotel employee accused him of sexual assault in an encounter the three-time NBS champion called consensual. His accuser also filed a civil lawsuit against him then later refused to testify against him in criminal court, leading many to speculate that he paid his victim off despite his denials. He certainly paid his wife off: Soon after the accusation surfaced, Vanessa was seen sporting a $4 million diamond ring and stood by her man — even after he pretty much admitted what he did could be considered rape.

“First, I want to apologize directly to the young woman involved in this incident,” Kobe said at the time. “I want to apologize to her for my behavior that night and for the consequences she has suffered in the past year. Although this year has been incredibly difficult for me personally, I can only imagine the pain she has had to endure… Although I truly believe this encounter between us was consensual, I recognize now that she did not and does not view this incident the same way I did.”

While Kobe got off the hook with his wife that time — and several times afterwards, according to the rumor mill — Vanessa did catch him with several women throughout the years, according to one source. He is now being linked to Carla DiBello, one of Kim Kardashian‘s BFFs.

If Vanessa knew Kobe was cheating all this time, why would she leave now? What’s different today than eight years ago?

The couple is rumored to have no prenup, and since they’ve been married over ten years she likely will collect half of their assets. With a net worth of approximately $150 million, that means Vanessa will be $75 million richer when all is said and done.

Not a bad payday for ten years’ work.