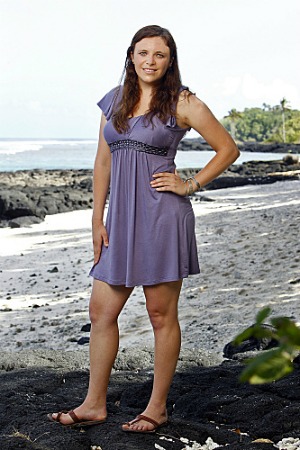 We’re not sure how anyone manages to make it through the dreaded challenges of CBS’ Survivor, but someone always does.

This time it was Sophie Clarke who emerged the sole survivor of Survivor: South Pacific.

How does a 22-year-old medical student from Willsboro, New York manage to overcome the odds and win a reality show like Survivor: South Pacific?

The dark horse carefully took down the competition, which included Survivor vet Benjamin “Coach” Wade of Susanville, California and Albert Destrade of Plantation, Florida — that’s how.

Sophie Clarke built smart alliances and managed to win three immunity challenges during her time on the show.

During Sunday’s finale Sophie Clarke didn’t back down, making the unexpected winner a whole lot richer.

First, Oscar “Ozzy” Lusth won his way back into the competition after competing for a spot in the top five against Brandon.

Rick Nelson was voted off first by the tribe, followed by the shocking decision to vote Oscar “Ozzy” Lusth off next after he lost the last immunity challenge to Clarke.

Watching Clarke take the win was a shock for many. Most thought a Survivor vet would take it — a.k.a., Ozzy or Coach.

This girl played smart in a season that didn’t see many big twists, but was also not void of the typical reality show drama.

A big congrats go out to Sophie Clarke. Do you wonder how she’ll spend that money? We want to hear from diehard fans. Head over to our comments section and tell us what you think of Sophie Clarke’s big win.

Did you think Ozzy or Coach would end up walking away the sole survivor? We know you have an opinion, so why not use it?

Do you think the right person won Survivor: South Pacific?