Justin Bieber may be sharing Christmas jingles with the world, but it turns out the teen singer grew up in a Santa-free home. Why would mama Bieber not want her son to be a Santa Belieber?

Justin Bieber is one kid who grew up knowing all along that Santa didn’t exist. “My mom always told me there wasn’t a Santa,” he recently told AOL Music. “This was her logic: She thought if I grew up knowing about Santa then finding out he wasn’t real, that it would be like she was lying to me. And then when she told me about God, I maybe wouldn’t believe her.” 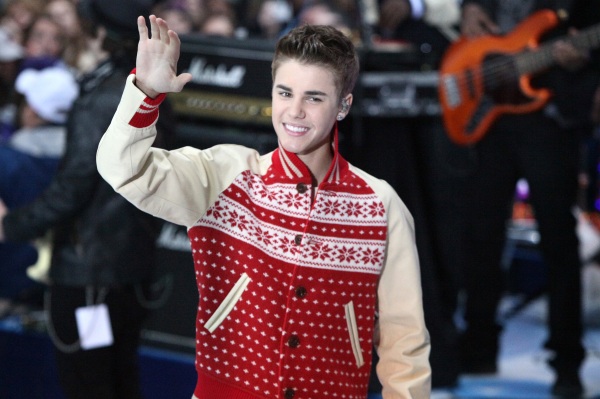 Applauding his mom, Pattie Mallette, and her decision to be “straight-up and honest with me all the time,” the kid with advice on how to avoid LHS (lame holiday swag) didn’t go so far as to spoil the fun for other kids. “I didn’t tell my friends or ruin it for anyone — I was a good kid!” he insisted.

Without Santa bringing presents to the Bieber home, the family invented a unique gifting tradition. “We played a game on Christmas Day where everyone brought a girl gift and a boy gift. You roll the dice and if you get doubles, you get to pick a present and if you don’t, it’s the next person’s turn. Then, the next time you roll doubles you get to choose someone else’s present and switch,” he explained. “One time I really wanted a Game Boy but I ended up with pots and pans, which was disappointing. I think I gave them to my mom.”

The best gift young Bieber ever received? He shared, “I remember getting my first red bike which didn’t have training wheels on it. I was stoked. I thought it was the best present ever. It took me a little bit to learn how to ride it; I banged myself up, but I learned.”

This year the teen sensation isn’t clamoring after any particular toy or gadget. “To be honest, I really don’t have any Christmas wishes this year… I just wish to be happy and that everyone be healthy in my family,” he said. “And I wish that everybody gets to hear my Christmas album — and hopefully like it!”

Do you think Justin Bieber’s mom did the right thing to never let him believe in Santa?