The man Zoe Hart thought was her father is getting a face in the form of veteran actor, Gary Cole. 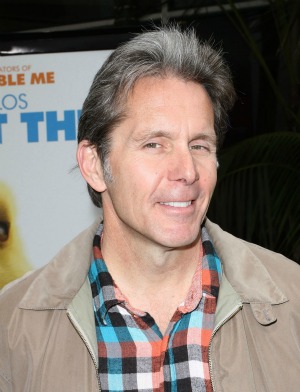 Zoe Hart has daddy issues on Hart of Dixie and we’re about to get a whole lot more involved in her parental drama.

Zoe and her dad, for all intents and purposes we’ll call him that, haven’t been close for quite some time.

He knew long before she did that Zoe was not his biological daughter and we learned of her problems immediately when the pilot was aired.

All of this is about to come to the forefront.

According to TVLine, Hart of Dixie has cast Gary Cole in the role of the surgeon and man who raised Zoe Hart.

Gary Cole is known for his parts in Desperate Housewives, Entourage and Chuck.

At this time, Gary Cole is slated to appear in two episodes of Hart of Dixie, which means it might just be enough time to clear up the unresolved feelings Zoe has.

At one time, Zoe Hart had huge dreams of joining his highly regarded practice, but as you can tell that’s not in the cards.

Hart of Dixie, along with The Secret Circle and Ringer, were all picked up for full season orders by the CW.

President Mark Pedowitz has full confidence in the shows, saying, “With compelling storylines, engaging characters and tremendous buzz we firmly believe Hart of Dixie, Ringer and The Secret Circle can become signature series for the CW, the kind of top-notch shows that are synonymous with our brand.”

Do you believe these shows can sustain a full season once they return from holiday hiatus or have you lost interest?

Head over to our comments section and sound off over the casting of Gary Cole. Was it a good choice? We know you have an opinion, so why not use it?