You only turn 90 once, so why not go big with a bash no one will forget? That’s exactly what NBC is doing for Betty White! 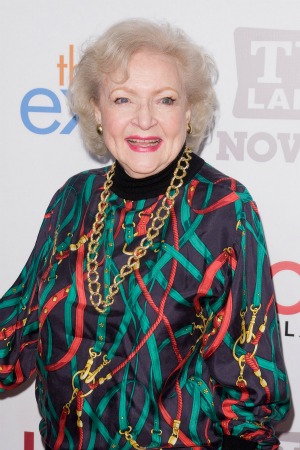 Betty White is blowing out 90 candles on her birthday cake this year, plus celebrating a new series on NBC.

This woman doesn’t quit and that’s completely fine by us!

NBC is paying homage to Betty White’s big birthday — and incredible life — with a tribute set to air on Jan. 16.

White’s actual birthday is on Jan. 17, but it’s okay to start the party early in this case.

The tribute called Betty White’s 90th Birthday: A Tribute to America’s Golden Girl, will be taped in Los Angeles and include special guests from the music world and appearances by a few surprise guests from White’s past and present.

The sassy senior will send folks of the older persuasion out to prank youngsters.

It’s a perfect marriage considering the younger crowd seems to adore Betty White just as much as the… how do we say this appropriately… elderly folks.

Betty White doesn’t take anything for granted. She recently told AOL TV what she really wants for her birthday. She revealed her one wish is “Just to keep things going as they’re going now. It’s one of the highest spots of my life.”

Just to recap: Betty White has Hot in Cleveland on TV Land and a new prank show on NBC coming out. And this is all in addition to the big birthday bash being planned in her honor — and she’s doing it all at 90 years old!

She truly is a remarkable lady!

We want to hear from you: What type of birthday wishes do you want to send to Betty White? Head over to our comments section and sound off!