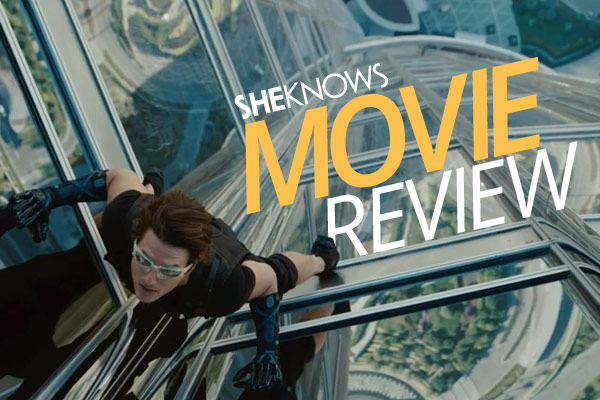 Tom Cruise returns in the fourth installment of the Mission: Impossible series, and this time he’s got no internet, no safe house, no team and no one to trust but himself.

He is Ethan Hunt. But he’s also Tom Cruise. The two are becoming interchangeable. It seems that this is one man with a megabuck career who can essentially do what some people in Hollywood say is impossible — stay on top, no matter what happens. Despite criticism, speculation or any kind of drama, Cruise is still the man.

And in Mission: Impossible — Ghost Protocol, he does everything you want him to do. He fights, he runs and he looks amazing for the 49-year-old hunk of muscles that he is, hanging off the side of a building in the middle of Dubai. That’s right, only the king of Hollywood would take on a mission this impossible — debuting a sequel to the unpredictable TV-series-turned-film-franchise on an IMAX screen a week before Christmas. If anyone knows how to take a chance, it’s this guy.

Born in the USA 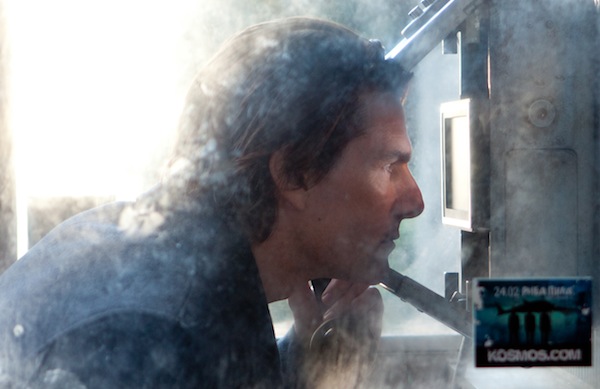 So, the story, where do we pick up? Ethan Hunt (Cruise) is incarcerated for an unclear crime when it’s time for his secret government agency, the IMF, to bust him out so he can stop a criminal mastermind from blowing up the world with Russian nuclear missiles. This is just the kind of job for the beefy, svelte, golden-smiled guy from New Jersey (just giving a shout out to his homeland in case you want to have fun trying to spot Cruise in the Bruce Springsteen T-shirt he sports halfway through the movie). This Born on the Fourth of July all-American guy is keeping it real even while doing the impossible.

Teamed up with Cruise (although truly, this hero always rides alone) are some of the most exciting sidekicks in the Mission: Impossible series, although we did miss Ving Rhames as Luther, who only makes a fun, yet brief cameo. 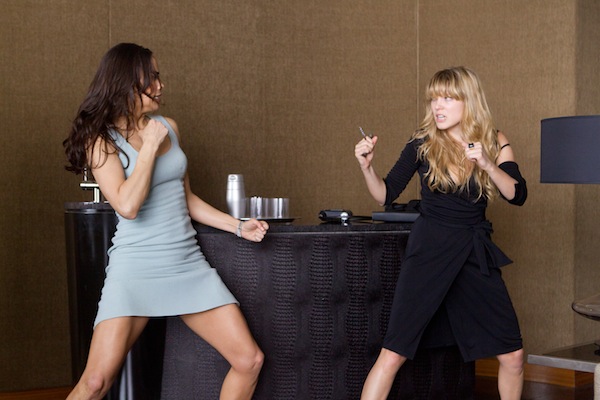 The tough but vulnerable Paula Patton from Deja Vu and Precious kicks ass in her action-packed performance as IMF’s top female agent. Jeremy Renner from The Hurt Locker and The Town, with his quiet charm and sultry good looks, plays Brandt, the official with a few secrets in his backstory. Comedian Simon Pegg plays rookie agent Benji, who brings levity and quite a few laughs to this more-than-serious life or death situation.

And you’ll need comedy after you see some of the action sequences. When Cruise climbs around on the side of that building in Dubai, I got so nervous for my favorite Risky Business hunk that my notebook literally flipped out of my hand.

Director Brad Bird’s quirky sense of humor can be found in many of the action sequences, for example, when the secret message fails to self-destruct, when the eye scan can’t read the image due to the moving train or when the climbing glove doesn’t quite hold its grip. We’ve seen Bird’s brilliance as a storyteller in the animation world with The Incredibles, Ratatouille, Up and Toy Story 3.

If you liked any or all of the first three Mission: Impossible movies, or fancy a nice spy film like Salt, Taken, True Lies or Mr. & Mrs. Smith, you’ll love seeing Cruise in this fun spy flick that’s even better when viewed 98 feet high. That’s standard issued IMAX, if you’re concerned about getting too much Cruise. Wait, who are we kidding? You can never have too much Cruise.

Bottom line: If you want to see a mission that only one man on planet earth can accomplish, Tom Cruise brings it old school style in Mission: Impossible — Ghost Protocol, the best action spy movie of the season.