Etta James is fighting a losing battle. It’s been confirmed that the singer is currently in the final stages of cancer. James is surrounded by family and friends, who are making her last days as comfortable as possible.

Related story Chaka Khan: I snorted, but I never injected 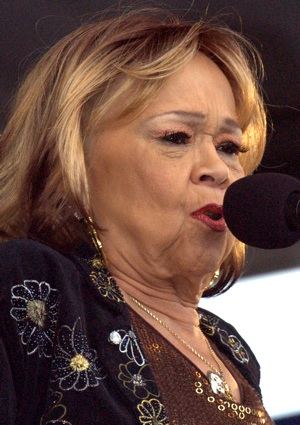 Legendary songstress Etta James is terminally ill. The woman who brought us bluesy tunes like “At Last” and “Tell Mama” is suffering from cancer. Her manager Lupe De Leon confirmed to Entertainment Weekly that the singer’s health is fading fast.

“Etta has a terminal illness. She’s in the final stages of leukemia,” said De Leon. “She has also been diagnosed with dementia and Hepatitis C. She’s in a home right now and mostly sleeps.”

De Leon also revealed that James is receiving treatment from several physicians. “She is under the care of a live-in doctor from Riverside Community Hospital and two others who have placed her on oxygen. Her husband is with her 24 hours a day, and her sons visit regularly. We’re all very sad. We’re just waiting.”

Many of James’ fans knew she was sick, but had no idea how bad it was. Despite her condition, she still managed to put out a new album last November called The Dreamer. Prior to its release, she confirmed that it would be her final one.

After decades in the music business, James experienced a surge in popularity after Beyonce Knowles portrayed her in the 2008 biopic Cadillac Records. For the soundtrack, Knowles remade her classic “At Last,” which sparked new interest in the original. The song was so big that President Obama and first lady Michelle Obama danced to it at his 2009 inaugural celebration.

Over the course of her career, Etta James has released 28 studio albums, three live albums, six compilations and an astounding 58 singles. She was inducted into the Rock and Roll Hall of Fame in 1993 and the Blues Hall of Fame in 2001.

33 mins ago
by Summer Cartwright