The Beach Boys are getting back together to celebrate 50 years of music. Read on to find out what sort of music they’re readying for the road.

‘Round, ’round, get around — they get around! The Beach Boys are back with a new album and tour, according to band members Brian Wilson, Mike Love, Al Jardine, Bruce Johnston and David Marks. 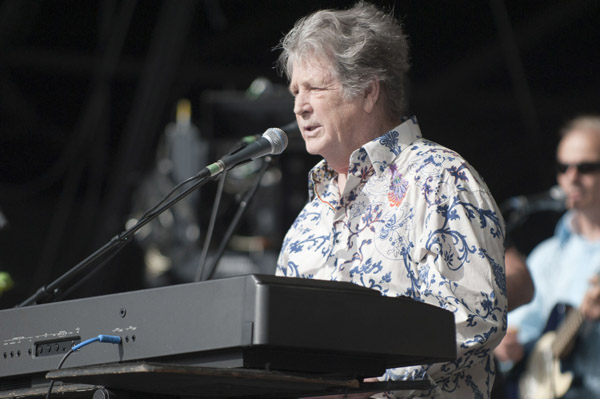 “This anniversary is special to me because I miss the boys,” Wilson said in a statement. “It will be a thrill for me to make a new record and be on stage with them again.”

The Beach Boys are recording a new album that includes a re-recorded version of their 1968 song “Do It Again.” They’re going back in the studio this month to record more songs. The release date for the new album is a secret, but it’ll likely coincide with the tour.

The Bangles reunited for a new album and tour, too >>

“It sounded so good we just decided to continue,” Jardine said. “There are some new things that Brian has come up with that are really remarkable. ‘Do It Again’ was done in an afternoon. These songs will take a little more putting our heads together.”

The tour is set to kick off in New Orleans in late April with a special appearance at the Grammys in February.

“There will be a surprise at the Grammys,” Jardine added to Rolling Stone. “We’ll do something really exciting. There’s a lot of interest in it, which is nice. It’s going to be a very big operation.”

Differences broke up the legendary group, now the biggest selling band in SoundScan/Nielsen history. However, they’re looking forward to getting back on the road together and revisiting the good ole days.

“We haven’t played together in a long time,” Love said. “The fans are going to want to hear the hits. But there should also be lesser-known ones that are so important.”

There’s one question they haven’t answered, though: Will mega-fan John Stamos hit the road with The Beach Boys for a few dates? We hope so!