Though the young stars of We Bought a Zoo may not have experienced first love just yet, Elle Fanning and Colin Ford give excellent performances as angsty teens in this family flick.

We all know that feeling… the first queasy, butterflies-in-the-stomach moment when you meet your first love. Rising stars Elle Fanning and Colin Ford capture this moment perfectly in this holiday’s heartwarming film by Cameron Crowe, We Bought a Zoo. 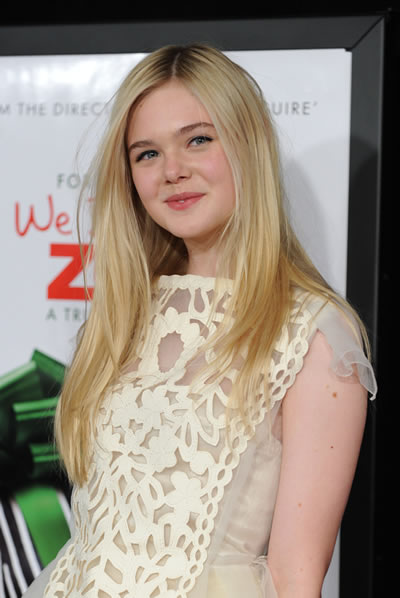 “I haven’t gone through first love or anything but everyone’s had a little crush,” Elle recently told SheKnows. Though she didn’t reveal it on-camera, Elle spilled her crush’s identity later at the film’s premiere.

“Ryan Gosling,” the 13-year-old blushed. We like your taste, girl!

Her love interest in the film Colin, though older, agrees that he too hasn’t yet had that overwhelming moment.

“I’ve had girlfriends and girls that I like, but nothing super serious,” said 15-year-old Ford.

Lucky for these two newbies, kissing on set wasn’t their first encounter. The co-stars actually attend the same school in Los Angeles.

“I was glad to have someone on set that I already knew because whenever I go into the first day of shooting, I’m always really nervous,” Elle told us.

The help of seasoned actors like Matt Damon and Scarlett Johansson didn’t hurt either.

“We became really close,” said Elle of her cousin in the film, Scarlett. “When we were in the hair and makeup room, we’d have magazines like Vogue that we’d look through and talk about dresses and stuff.”

With this huge box office film in their back pockets, we had to wonder:  Has their increasing fame made Elle and Colin big kids on campus?

“They’re all really excited to go see We Bought a Zoo,” said Elle of her classmates.

“And mess with us,” added Colin.

Catch the classmates turned co-stars in We Bought a Zoo, in theaters today!