Tom Cruise is back on top! Thursday night, the actor’s latest film Mission: Impossible — Ghost Protocol made its IMAX debut and pulled in some big numbers. 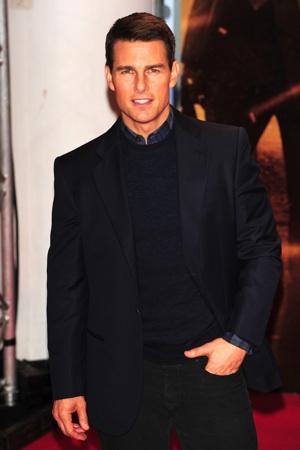 Mission: Impossible – Ghost Protocol is giving Sherlock Holmes: A Game of Shadows and Alvin and the Chipmunks: Chipwrecked a run for their money. The newest sequel in the action franchise is making a huge splash at IMAX.

So, what’s the big deal? In 2006, Mission: Impossible 3 also debuted with $1.1 million but on over 2000 screens! Ghost Protocol is playing at a fraction of that.

Ghost Protocol’s numbers can be attributed to several factors. The film’s biggest asset is the inclusion of The Dark Knight Rises prologue. Warner Bros. partnered with Paramount to release the first six minutes of their Batman sequel with IMAX screenings of Mission: Impossible.

It’s no secret that The Dark Knight Rises and IMAX ticket prices are giving Ghost Protocol a box office boost. But the film itself isn’t too shabby. It currently has a fresh rating of 94% on Rotten Tomatoes and is being touted as the best Mission: Impossible yet. The film features Tom Cruise back in full force, performing most of his stunts and oozing charisma.

Rolling Stone film critic Peter Travers wrote, “This is Cruise’s show and the actor brings the role a startling athletic grace and becoming maturity. If someone asks you what a true movie star is, point to Cruise.”

Will you be seeing the latest Mission Impossible this weekend?