We Bought a Zoo director Cameron Crowe tells SheKnows why Matt Damon and Scarlett Johansson were his top choices for this emotional family film.

If you’ve seen Jerry Maguire and Almost Famous then you know that director Cameron Crowe is an expert at choosing the perfect actors for his human interest films. His picks were dead on again in this holiday’s heartwarming family flick, We Bought a Zoo.

“[I’m a] big fan of Matt Damon,” Crowe told SheKnows. “I feel like every time I’ve written a movie we end up in a room going, ‘Who can do the funny stuff, and the dramatic stuff, and be romantic, and say I love you, too? Who can be a sad, sexy dad? Matt Damon.’ All roads led to Matt.”

And from Matt’s sincere performance as a widowed father to his bravery facing the dangerous animals on set, it’s clear Cameron’s choice was the right one. 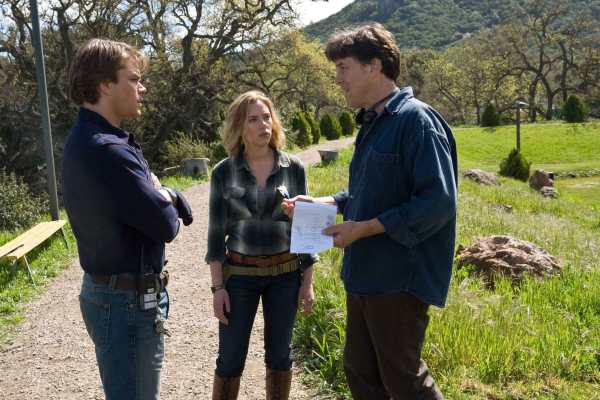 Read more about We Bought A Zoo: Matt Damon reveals We Bought a Zoo bear slap >>

But Matt wasn’t the only star Cameron pegged perfectly. Diverting from her usually sexy roles, Scarlett Johansson also gave a stellar performance as a dedicated zookeeper.

“She can do anything,” Cameron raved. “She’s so striking that she ends up being the knockout love interest. But Scarlett herself is that and more. She’s a roll-up-your-sleeves-and-get-it-done professional gal. For me she was the only one, too.”

Up-and-comer Elle Fanning and newcomer Colin Ford also round out this amazing cast, making for a diverse set of characters to tell the story of “an unexpected human adventure.”

“I’m a sucker for a story about an impossible dream,” said Cameron. “It makes you feel something about the potential of every day and how we’re facing the future here at the end of the year. Let’s face it with a full heart.”