Golden Globe nominee Ryan Gosling has been named the “Coolest Person of 2011” by Time columnist Joel Stein. Do you agree?

As far as consolation prizes go, this one ain’t half bad. 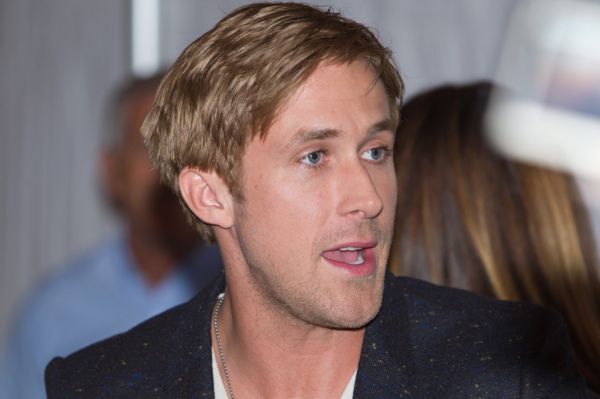 He failed to nab People magazine’s hotly sought-after “Sexiest Man Alive” tag (that honor went to a bashful Bradley Cooper), but Ryan Gosling is still pretty cool if you ask the folks over at Time magazine.

In fact, the publication has dubbed the 2012 Golden Globe nominee the “Coolest Person of the Year.”

Time columnist Joel Stein gifted Gosling with 2011’s “Coolest Person” tag after growing impressed with the actor’s ability to be “tough but emotional” both on screen and off.

“Ryan Gosling, the 2011 Coolest Person of the Year, is so cool that he refused to talk to me about this honor,” Stein cracked of the cool Crazy, Stupid, Love actor. “Faced with this problem, other magazine franchises might back down and pick someone willing to play ball and be their publicity monkey, but the Coolest Person Committee is committed to the truth.”

“Also, it was getting really close to deadline, so it just seemed a lot easier to stick with Gosling,” he joked.

“Yes, [Gosling] was a Mouseketeer alongside Britney Spears and Justin Timberlake. And yes, he puts on a weird Brooklyn accent even though he’s from Canada. Yes, he was homeschooled and sometimes hangs out with magicians,” Stein added.

“But he’s so cool, he wears all of that proudly.”

Stein and other Gosling fanatics may be surprised to learn that Ryan is neither “handsome” nor “cool,” according to director Nick Cassavetes.

The 31-year-old Drive star recently revealed that he got his big break in the 2004 romantic tearjerker The Notebook because the film’s director wanted a guy who wasn’t that good-looking.

“The director, Nick Cassavetes, called me to meet him at his house,” Gosling told British magazine Company this week.

“When I got there, he was standing in his backyard and he looked at me and said, ‘I want you to play this role because you’re not like the other young actors out there in Hollywood. You’re not handsome, you’re not cool, you’re just a regular guy who looks a bit nuts.'”