Christian Bale was “roughed up” by Chinese security guards as he attempted to visit a blind legal activist whose detention has sparked outrage around the world. 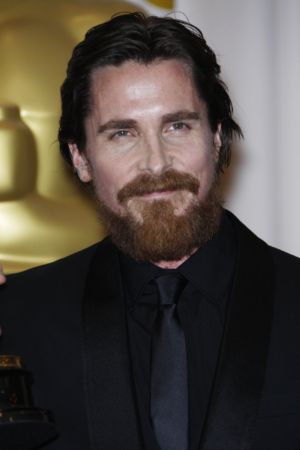 He plays a superhero on the silver screen, but Christian Bale was no match for a group of Chinese guards who forcibly blocked him and a CNN crew from visiting a blind lawyer-dissident being held under house arrest.

On Friday, Chinese security officials “roughed up” and briefly detained the Dark Knight actor as he attempted to visit a legal activist whose detention has sparked an international outcry.

The Academy Award-winning actor invited a camera crew from CNN to accompany him on the eight-hour drive from Beijing to a village in Linyi District, where Chen Guangcheng is being held under the watchful eye of a corrupt government.

Chen — who Bale describes as an “inspiration” — is a self-educated attorney-turned-activist. He is being detained for campaigning against forced abortions sanctioned by the reigning Communist Party.

Chen was jailed by Shandong officials in 2005 after exposing a forced abortions program sometimes implemented as part of China’s one-child policy. He was formally released in September 2010 after serving four years in prison on a charge of “blocking traffic.”

Guangcheng, 40, has been under house arrest for the past 15 months.

Activists organized through the Internet have been flocking to Chen’s village as part of an online campaign to free him. In recent months, however, the government has mandated a crackdown on local activists and those who rally around their causes.

Dozens of Chen’s supporters have been blocked from visiting him. Many of them have been beaten by guards in plainclothes, The Associated Press reports.

Bale, who is in China to promote his upcoming Nanjing Massacre film The Flowers of War, was stopped on the outskirts of the village in eastern China early Friday, just as he tried to make contact with Guangcheng.

“Why can I not visit this man?” Bale asked several security officers as he was shoved.

Christian and the CNN crew were eventually punched and battered by the burly guards.

“You know, I’m not being brave doing this,” Bale told the crew after the melee.

“The local people who are standing up to the authorities and insisting on going to visit Chen and his family and getting beaten up for it and my understanding, getting detained for it and everything. I want to support what they are doing,” he added.

“What I really wanted to do is to shake the man’s hand and say: ‘Thank you,’ and tell him what an inspiration he is.”