Author Nicholas Sparks has revealed that he’s in the process of creating a musical based on his hit novel, The Notebook. Will Ryan Gosling reprise his sexy role?

Can you imagine Ryan Gosling and Rachel McAdams singing through The Notebook story on stage? Well, it’s happening — the popular romance is becoming a Broadway musical! 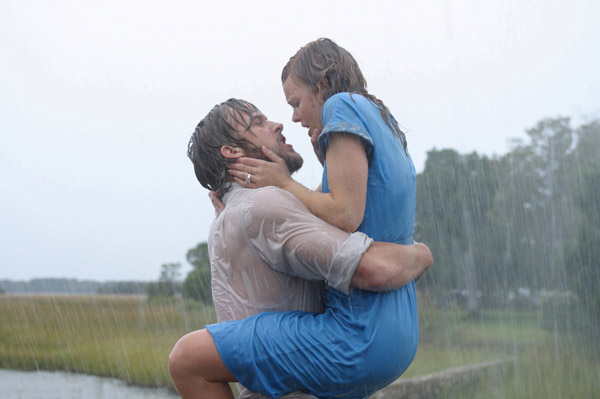 “We’re still in development of this process,” author Nicholas Sparks revealed on CBS’ Early Show while promoting his new book, The Best of Me. “Obviously The Notebook is going to be some sort of musical and a lot of fun to be getting involved in that process, too.”

Sparks and his creative team have been working on the story for a couple of years now, though he’s not yet sure who will star in the lead roles. After all, we’re pretty sure Gosling and McAdams are too busy with their film careers to reprise their roles.

“Gosh, I don’t know,” Sparks added about his dream cast. “Someone who can sing!”

However, Sparks has complete faith in his team to create a script and cast that will be a hit with fans of the film.

“The best way that I’ve always found, and it’s what I’ve done in Hollywood, or whether it’s working with the publishers that I’ve worked with for a long time, is to work with people that you really trust who understand what it’s about and they want to take that and mold it into something new,” he said of his creative process.

There’s been a lot of talk lately about the 2004 film — Gosling recently revealed how he got the role in the film.

“The director, Nick Cassavetes, called me to meet him at his house,” the self-depreciating actor told British magazine Company. “When I got there, he was standing in his back yard, and he looked at me and said, ‘I want you to play this role because you’re not like the other young actors out there in Hollywood. You’re not handsome, you’re not cool, you’re just a regular guy who looks a bit nuts.'”

Pretty sure about 10 million women would disagree with that assessment, Nick.

Would you see The Notebook on Broadway?