The Hunger Games puzzle has been solved! See the poster one fan put together using 100 different pieces found around the web.

The Hunger Games fans have one of their own to thank for unveiling the most recent movie poster! A message posted Thursday on the official The Hunger Games Facebook page announced the puzzle challenge had been completed saying, “Thank you to @johnshoward for solving the #HungerGames100 Poster Puzzle Hunt and bringing us the brand-new The Hunger Games poster. Share your excitement!” 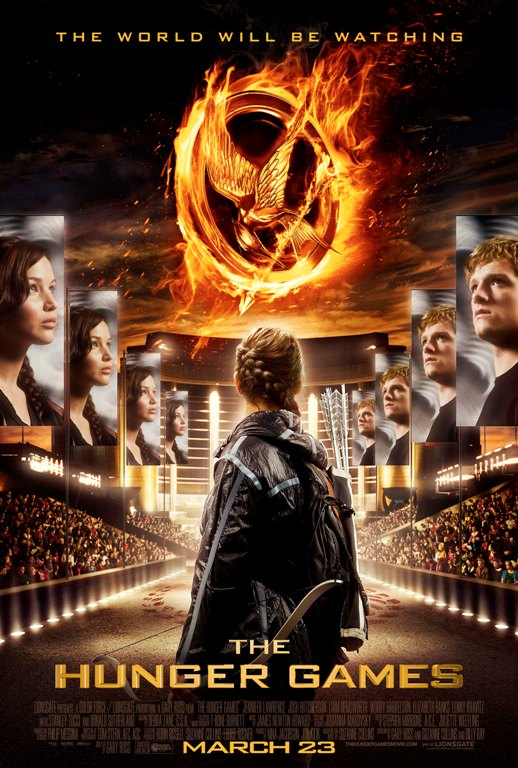 Just who is this @johnshoward? According to his Twitter account the puzzle solver is an “english/american loud laughing graphic designer transformer thundercat whatchamicallit” who hails from Charlotte, North Carolina. He wrote Thursday, “I was the 1st to unveil the official Hunger Games movie poster, looks awesome!”

The Hunger Games 100 Days Puzzle kicked off at 10:00 a.m. as fans were instructed to search the internet and Twitter to gather and arrange 100 pieces of the poster — a project met with varying reactions. One wrote on Facebook, “Umm, this seems way too complicated and labor intensive. The person who wins has way too much time on their hands.”

Others shared stories of forgoing other work in favor of focusing on the puzzle, “So, this was sort of a bad idea to have during finals week for most American colleges… oh well, good procrastination method!”

Perhaps the most popular comment of the day was a question — “Do you win something if you complete the puzzle or is it just for fun?” It appears @johnshoward remains prizeless, but has been showered with major attention and earned some validated bragging rights.

By all accounts the puzzle hunt was a success with many major online news sites, including SheKnows, participating by hosting a piece. Twitter traffic created by those searching for the pieces was trending at more than one point throughout the day.

Did you take part in The Hunger Games poster puzzle hunt? What did you think of the promotion?

Perhaps more importantly — what do you think of the newly unveiled poster?