Russell Brand really can do it all. The actor and funny man is teaming up with FX for a new unscripted series that might bring a whole new meaning to staying up late. 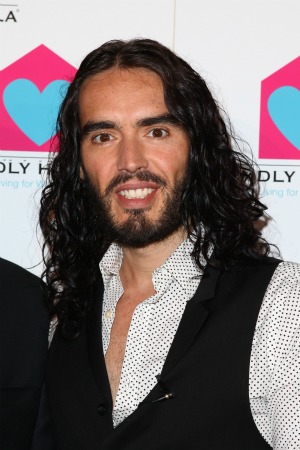 Spring into late-night with FX and Russell Brand beginning this, well, spring.

The new duo is taking over late-night in a new series that is bound to be as wacky as the man himself.

Picture it: Russell Brand entertaining a studio audience with his fresh take on everything from politics to pop culture.

According to The Hollywood Reporter, that’s exactly how FX and Russell Brand plan on formatting the new series that will consist of six episodes, with each being a half-hour.

Grad added, “We look forward to supporting Russell and his partner Troy Miller’s ambition to strip down the hosted comedy format to its most fundamental elements and to create something daring and unfiltered for the FX audience.”

Daring and Russell Brand is a very dangerous combination, so it’s a good thing this show is going to be on FX.

Check out celebrity marriages we didn’t know would last >>

Russell Brand also spoke about the new partnership, saying, “I am so excited I’m on the point of climax, in fact I will put the ‘O’ into FX, which spells Fox, which is actually the channel’s real name. That’s the only thing that worries me about all this to be honest.”

Brand added, “At least I’ll be able to have a Christmas drink with Bill O’Reilly.”

Head over to our comments section and sound off about this new partnership between Russell Brand and FX. We know you have an opinion, so why not use it?

Will you check out Russell Brand’s late-night show?