No, Melissa Rycroft and Jennie Garth will not be sharing reality TV screen time on CMT. Instead, the lovely ladies will each be getting their own show on the network that will put their real lives on display. 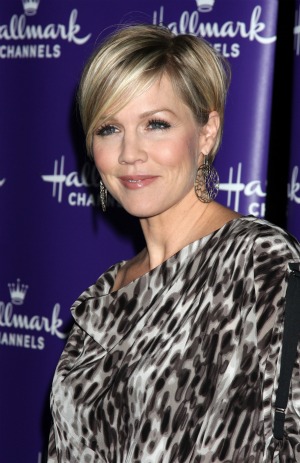 We know what you’re thinking: How on Earth do Melissa Rycroft and Jennie Garth fit into the CMT format? They’re not really country gals.

Well, keep reading to see what kind of reality shows these gals will be cranking out for the network.

According to a report via Entertainment Weekly, Melissa Rycroft will star in a CMT reality show that chronicles her move to Los Angeles and her quest for a Hollywood career, while maintaining a “long-distance” relationship with her husband Tye Strickland.

The series, no shocker here, is tentatively titled Melissa and Tye: A New Reality.

Jennie Garth’s new show, I love Jennie, is going to feature the mother of three and her family as they move from Los Angeles to a “seven-acre farm in Central California.”

According to the report, the shows will kick off in April, with eight episodes each.

Guess who is producing Melissa Rycroft’s show? None other than the busiest man in Hollywood, Ryan Seacrest.

Seacrest and his production company, Ryan Seacrest Productions, along with Jayson Dinsmore and Eliot Goldberg will be a part of Melissa and Tye: A New Reality.

Check out comedies nominated for a Golden Globe >>

CMT isn’t just about country music anymore. The network has been upping its game, but we’re not sure how these ladies will fit into the format or if their lives will entice viewers to watch.

One thing we do know for sure, is that we love them both and will give them a chance — will you?

Will you watch these new CMT shows?