Some of 2011’s best books are appearing in paperback for the New Year. Here’s the low-down on three great books that will have you flipping pages past midnight. 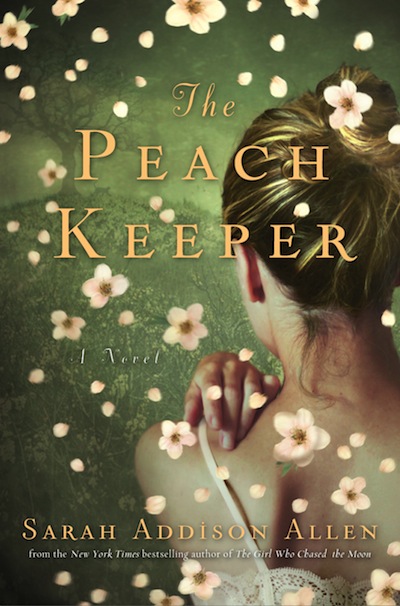 If you like historical fiction, take a trip to the sleepy Southern town of Walls of Water, North Carolina. The past won’t rest as it comes back to haunt the present in Sarah Addison Allen’s The Peach Keeper. Swimming in Southern charm and stoked in traditions of the South, Allen delights readers by creating characters so real you think you just ran into them on the street. Sarah Addison Allen’s characters are rich and thoughtful, and make her fourth novel, The Peach Keeper, a must-read. Allen has refined her grasp of character magic and woven an intriguing tale of the bonds of friendship and love, all while unleashing unresolved secrets of the past.

The story follows Willa Jackson, who moved back to her hometown eight years ago when her father died. She leads a life of quiet contentment or emptiness, bucking against her naturally restless spirit to lead a docile life the way she thinks her father would have wanted her to. To say Willa’s life has become routine is an understatement. She is a dutiful granddaughter, each week visiting a grandmother who no longer recognizes her. Her Friday nights consist of a regular date with a laundry machine. As Willa is the descendant of a former wealthy logging fortune which was lost by her great-great-grandfather during The Great Depression, she struggles to live out of the Jackson family name’s shadow while still occasionally driving by their former great home, The Blue Ridge Madam, to wonder ‘what if?’

Willa’s world starts to wake up the past when Paxton Osgood, a local social climber, invites her to be part of the restoration of The Blue Ridge Madam. Paxton was a model citizen in high school doing her turn as Prom Queen, but has thus far failed to transition to an independent adult, still living in her parents’ pool house with a case of unrequited love for her best friend, Sebastian. She reaches out to Willa to honor the Jackson family’s history with The Blue Ridge Madam, as well as to show respect for a close friendship the two women’s grandmothers shared.

Things start to really get interesting when the remains of a body are discovered near the great home.

What would a little murder mystery be without a very nice slice of romance taking root in the middle of uncovering family secrets? Allen does not disappoint in this area with the return of Paxton’s twin, Colin, as well as the outsider, Sebastian. This one is a page-turner that will transport you to a charming town and keep you entertained the whole way through. 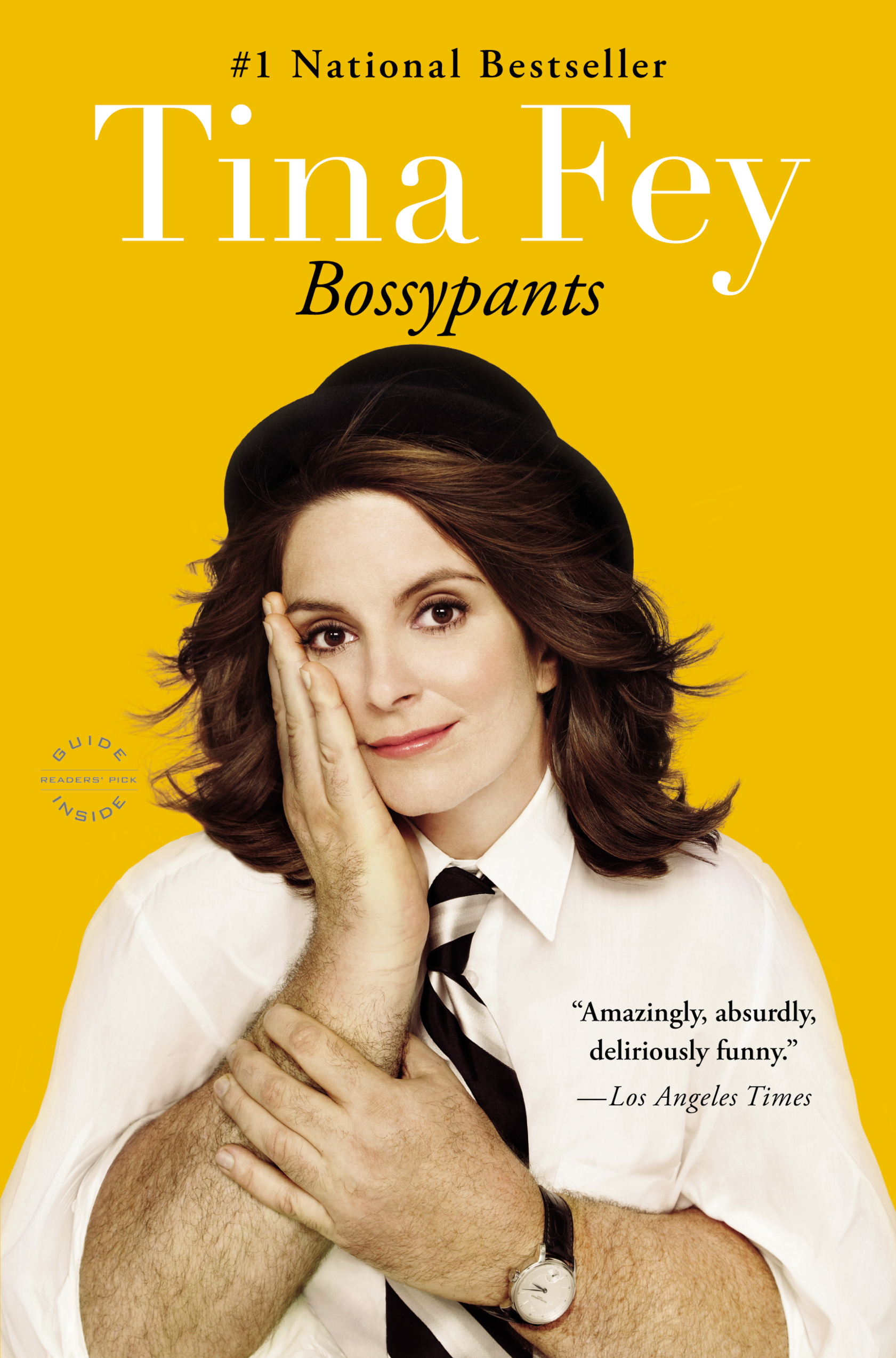 What would life be without the rich melody of laughter? Tina Fey’s autobiography will tickle the funny bone no matter the gender. Fey shines with her self-deprecating wit, which runs deep to unlock the keys to transitioning from a hairy 10-year-old in the ’70s to the unstoppable Emmy winning creator of 30 Rock we see today.

Tina Fey takes us back to the start of her life as an unexpected second child born eight years after her brother. Always encouraged by her parents as wonderful, it was a random slashing of Tina’s face in the alley behind her home which she credits as the source of her self-confidence. While she won’t go into the details of the account, she did benefit and bask in the glow of freebies in the form of chocolate and extra compliments, as well as having the sympathy of her hometown rooting for her. Overlooking the sympathy, Tina lapped up every compliment like a cat drinking milk.

As an underdog, not “too exotic, but not quite white,” intelligent but awkward teen, she found herself ahead of her time befriending performers during her summer job and ultimately learning how to act by osmosis while starring next to Alec Baldwin on 30 Rock.

Fey’s autobiography shows she is not only a gutsy, funny woman who can survive with her razor sharp wit during improvisations, but also admirable for being part of women taking over the male dominated comedy field. Her years as Head Writer for Saturday Night Live served to prepare her for anything, including leadership of a creative group, to facing Sarah Palin after six weeks of playing her in comedy sketches highlighting the holes in her run for Vice President.

It’s admirable to see how Tina Fey and her friends like Amy Poehler changed the face of comedy, making it a place where funny should not have to be branded ‘vaginal.’ Her movie Mean Girls paved the way for female comedy writers and performers to expand their place, stand their ground and create movies depicting sassy, strong women who are quirky and have real depth.

Bossypants is a funny, endearing and inspirational read for women in the workforce, full-time moms and anyone who has had the dream of being on stage with genius tongue-in-cheek guides that will provide belly laughter as your ab workout of the day. 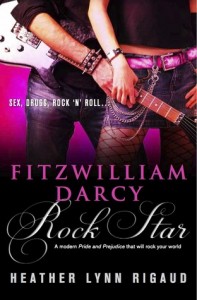 Jane Austen fans return over and over to favorites like Pride and Prejudice and Emma. In the last decade, Pride and Prejudice has sparked numerous offspring, with Austen classics being reinvented into modern versions or spin-off inspired tales. Fitzwilliam Darcy Rock Star fits into the latter category, replacing ballrooms with rock arenas, gowns with leather corsets and class distinction with record sales.

Darcy’s band, Slurry, is on a tour headliner seeking out an opener after their other openers have dropped. With a reputation for being hardcore party rockers, it’s not an easy task. The three-piece band is helmed by Fitzwilliam Darcy who serves as guitarist and songwriter along with his best friend, Charles Bingly on lead vocals and his cousin Richard Fitzwilliam on drums. No stranger to tabloid rumors, Darcy channels his lack of verbal skills into expressive tales of love, betrayal and lust. He is a virtuoso (of course), and has a low tolerance for anything less than perfection.

For Austen fans, these types of books are updating the relationship of Darcy & Elizabeth in new and exciting ways. That’s not all you will find here, though. There are great placements of other secondary characters, such as Mr. Collins as a sleazy A&R man for DeBourgh Records and George Wickham as a video director. There are also some wonderful tongue-in-cheek moments, like discovering the name of Elizabeth’s band is Long Bourne Suffering, named for her mother’s constant complaints. Jane takes lead vocals and Charlotte Lucas handles drums, while Elizabeth is the almost exact mirror of Darcy playing the guitar.

This rock star tale is told at a dramatic pace and weaves in the basic tenants of Austen’s characters while transforming them into modern, oversexed counterparts. Rigaud writes steamy scenes, yet retains and creates tension between the characters by the fall-out of those choices. Charlotte gets much more of a front-and-center complicated role, the first to be engaged in explicit sex scenes Rigaud has included.

It’s a sultry ride through a fantasy world with many extremes. Since I’ve worked for many years in the music industry, some of the facts and timelines for success rang hollow and could be distracting for me. With music budgets being smaller every quarter, it became almost laughable every time it was mentioned that a limo would be sent to Long Bourne Suffering (a developing band), or when Darcy expressed how he and Lizzy made millions of dollars, which would hardly be the case. Those types of boasts are ones Jane Austen’s Darcy would not have voiced either. As most readers will not be coming from the music industry, the author has done a credible job in creating a fantasy world of sex, drugs and rock ‘n roll.

Fitzwilliam Darcy Rock Star is an entertaining ride that will keep readers amused and probably blushing. This is one you won’t be sharing with underage Austen fans.