The Parents Television Council is super ticked at NBC for hiring Howard Stern as a judge on America’s Got Talent. Read what they had to say. 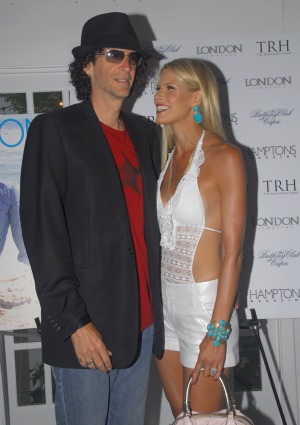 His schtick isn’t exactly appropriate prime time family fare — so it’s not surprising that the Parents Television Council is totally up in arms over the fact that Howard Stern signed on as a judge for America’s Got Talent.

“In an act of desperation for a flailing network, NBC has hired Howard Stern — a performer who is synonymous with shock, profanity and obscenity — as a judge on a prime-time talent competition,” said PTC president Tim Winter in a statement to the press.

“Not coincidentally, in just over three weeks the network will be standing before the United States Supreme Court arguing for the right to use the F-word at any time of the day, even in front of children.”

Is Howard Stern too edgy for AGT? >>

“The once-proud broadcast network has lost its way and has made it clear it holds no concern whatsoever for children and families,” Winter continued. “It also risks losing millions in advertising dollars. Whatever principles NBC had in the past, when the network was successful, have clearly gone out the window.”

Frankly, Stern and his $20 million a year paycheck from America’s Got Talent don’t care what the Parents Television Council thinks — and neither does NBC.

“He’s a proven innovator and his track record in broadcasting is truly remarkable. Howard is very passionate about this show and is fully committed to its future success.”

Tell us: Is Howard Stern an appropriate judge for a show kids watch?