Controversial radio shock jock Howard Stern will be the new judge on TV talent show America’s Got Talent, NBC said Thursday. The show will move production from Los Angeles to New York so that Stern will be able to continue hosting his daily radio program for SiriusXM. 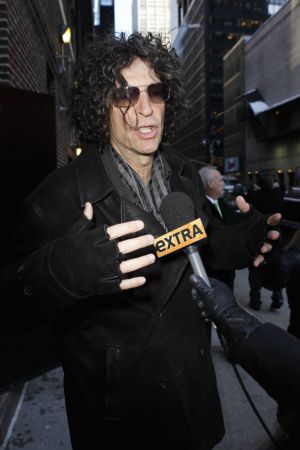 Say “Howdy” to the new face of America’s Got Talent (AGT): Howard Stern.

On Thursday, NBC confirmed the weeks-old rumors by formally welcoming the controversial shock jock to the judging panel of America’s Got Talent.

The satellite radio heavyweight reached a rumored $20 million-a-year deal with The Peacock Network after series producers agreed to move production from Los Angeles to New York City to accommodate the Big Apple-based Stern.

Simon Cowell’s Talent, hosted by Nick Cannon, is a summer hit for NBC. The show typical averages 14 million weekly viewers. Stern, 57, will replace departing talk show host Piers Morgan on the panel when the talent show returns for a seventh season in the summer of 2012.

“He’s a proven innovator and his track record in broadcasting is truly remarkable. Howard is very passionate about this show and is fully committed to its future success.”

In November, sources close to the deal tittle tattled that a New York move could be problematic for the show’s Los Angeles crew and production staff, who will now have to move across the country if they hope to hang on to their jobs.

Judges Howie Mandel and Sharon Osbourne are also said to be on the fence about packing up their L.A. roots for several months of production in NYC.

“Moving it to New York would mean over 100 people losing their jobs if they don’t move with the show. And inconvenience for Howie and Sharon, who wants to spend more time with her husband, Ozzy…” a New York Post insider squealed.

Stern is known for his sexually explicit interviews and raunchy sense of humor. His satirical comments on religion, race and other hot button topics have made him an on-air mainstay since the ’70s. In 2005, he took his long-running syndicated show from terrestrial radio to satellite in a multimillion-dollar deal with SiriusXM.

He’ll juggle his new AGT duties with his satellite show.

Will you tune in to watch Stern in action?