The awards season is upon us and with the WGA, PGA and SAG award nominees announced, it was time to focus on the Golden Globes Thursday morning. Keep reading to see which TV comedies and their actors woke up to a nomination. 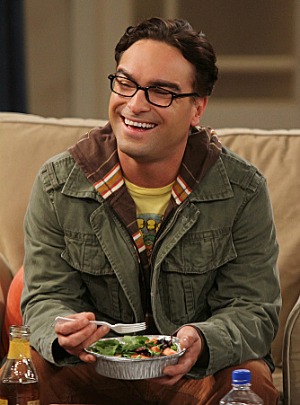 When you sit down to watch TV after a long day of dramatics in your personal life, it’s nice to unwind with the hilarity of Johnny Galecki from The Big Bang Theory or perhaps some Glee.

What’s the best way to celebrate the people and shows that make us laugh? Give them a Golden Globe nomination.

Without further ado, here are the actors and comedies that will duke it out on Jan. 15…

To see Alec Baldwin and Thomas Jane in the thick of things is no surprise, but we were thrown off by not seeing Jim Parsons of The Big Bang Theory nominated with his pal Johnny Galecki.

Parsons’ character, Sheldon, and the actor himself, have been a driving force for the show. Congrats to Galecki, however, he deserves the nod.

Does anyone else see a name on the list that is unexpected? Zooey Deschanel’s new show just hit Fox and already the quirky girl is nabbing nods! We definitely want to hear your thoughts on that when you’re done checking out the Best Comedy Series category.

The amazing shows that give us the giggles that are up for a Golden Globe this year are: Enlightened, Episodes, Glee, Modern Family and New Girl.

It’s not big news that Glee and Modern Family made the cut, but again, we’re not sure how we feel about New Girl.

Head over to our comments section and sound off over all of these nominees!