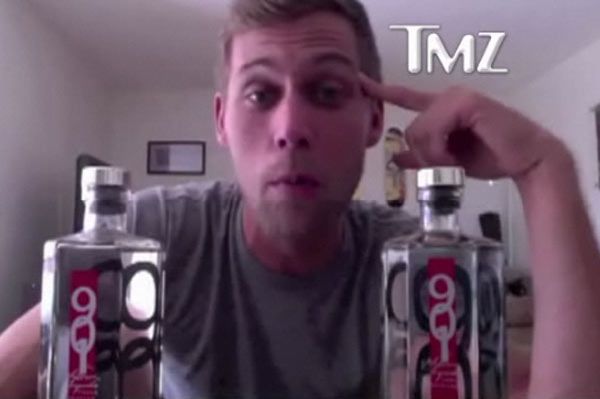 In a new video rant heating up the blogosphere, Justin Biel accuses Justin Timberlake of being a bad businessman, who is single-handedly ruining their potentially lucrative Tequila brand, 901 Silver.

Biel — who up until a few weeks ago worked for Justin Timberlake’s Tequila brand — posted a profane monologue about the singer online Wednesday.

“The Other Justin” claims that the company is going broke because Mr. “SexyBack” is too busy attending Marine Corps Balls and shooting romantic comedies with Mila Kunis to actually promote the drink.

Looking as though he’s been knocking back some of the product himself, Biel yammers on for nearly five minutes about what a crappy boss Timberlake is.

“I’ve been waiting for [Timberlake] to do something with this f–king brand,” Biel rants. “Make a song about it, put it in a g-d-mn video. Hold it up, take some pictures. I don’t care — just do something because we’re dying on the mother—ing vine here!”

The rant continues with Biel suggesting a number of alternative selling points, including,

A rep from 901 told TMZ that the video was “intended to be one in a series of videos created by 901 Tequila employees (including the brand owner) as part of a larger viral marketing campaign slated for the end of December. It was released prematurely without our knowledge and prior to the final edit.”

Meanwhile, Justin Biel has pulled what we affectionately like to call “a Miley Cyrus.”

He took to his Facebook page overnight to alert us “knuckleheads” that what we’re seeing in this very NSFW video isn’t douchebaggery.

It’s the Biel Family acting gene at its finest.

“For all you knuckleheads that haven’t figured it out. This is just a joke. hahah. Got ya,” Justin wrote.