Jonah Hill slammed the Kardashians in a new interview — but says even though he hates what they represent, he can’t stop watching. 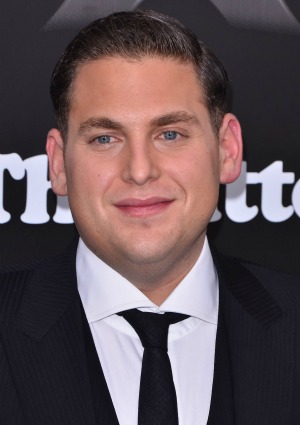 Jonah Hill counts himself among the ranks of those of us who are still Keeping up with the Kardashians — but only with great reluctance.

The SAG Award nominee said reality farces like the Kardashians — he too was “duped” by Kim’s wedding — take money and attention from people in the television industry who actually work to create compelling original programming.

The star of The Sitter vented his frustration to the Huffington Post.

The Kardashians are “f*cking idiots” >>

“That’s all a joke,” he told the site. “The truth of it is, I have friends who work in TV and the Kardashians get higher ratings than their TV shows. Shows that people actually work hard on — writing and creating and trying to tell their stories. The fact that the Kardashians could be more popular than a show like Mad Men is disgusting.”

But that doesn’t mean he doesn’t watch. “I can’t even understand it, so I watch it,” Hill admitted. “I think it’s funny and I definitely enjoy it in a making-fun-of-it sort of way, but where does the line sort of end? When do I stop making fun of it and become an actual fan?”

“I’m an actor,” he said. “I think our culture has gotten so skewed. People assume that because you’re an actor you want to write a book to exploit your celebrity, but my celebrity is only a by-product of me making movies. I have no intention of being a celebrity. I just like to act and write and produce. To me, making movies is the ultimate goal. I don’t need to then exploit my celebrity in some other way, except to make more movies. That’s the problem; people are more caught up in being famous than making movies.”

“The Kardashians are as famous as our president,” Hill pointed out. “What does that tell you about how skewed our society is?”

Catch Jonah Hill in The Sitter, currently in theaters.