Fear Factor is only one episode into its rebirth and already has angered one contestant. Monica and her son are none too happy it was implied their relationship was inappropriate! 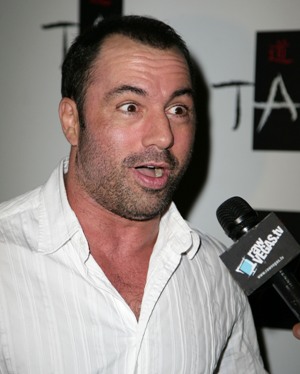 Fear Factor is getting the evil eye from a pair of contestants featured on Monday night’s episode. Monica, a bodybuilder, and her son Matias are livid that the show portrayed their relationship to be inappropriately close.

During the episode host Joe Rogan even cracked a joke at the pair’s expense. “I hug my mom every time I see her,” the 44-year-old said, then quickly added “but then I let go.”

Monica spoke to TMZ about her reaction to the way she and son Matias were portrayed on the NBC episode. She shared, “Last night when the show aired, I was shocked. I am appalled and disgusted at the comments of people on the show about Matias’ and my relationship and how it seems ‘inappropriate’ for a mother and son. Are you kidding me?”

Though she says she doesn’t plan to sue Fear Factor at this point, Monica did go on to clarify, “In no way, shape or form am I inappropriate with my son… I’m broken hearted. Joe Rogan… shame on you. You are a father. How dare you talk about my son that way?”

Just what kind of comments is Monica referencing? One viewer wrote on the Fear Factor Facebook page:

I think I missed most of it because I’m covering my eyes! But, I love it. Definitely grossed out though by the “touchy-feely” mother & son. I’ve heard some argue that they were “just close” and we all had dirty minds to think otherwise. I’d have to agree, they were close, but not in a healthy looking way. The way he dangled his hand over her overly exposed boobs was disturbing. They acted like a couple. Yuck!

Though most of the comments were celebrating the return of Fear Factor and Joe Rogan, other fans gave the ‘thumbs up’ to the message above.

Should producers be held responsible for how Monica and her son were portrayed — or is what the Fear Factor cameras captured all fair game?