Jason Lee is back — and stranded on an island to boot — with his three favorite furry little pop singers in Alvin and the Chipmunks: Chip-wrecked. 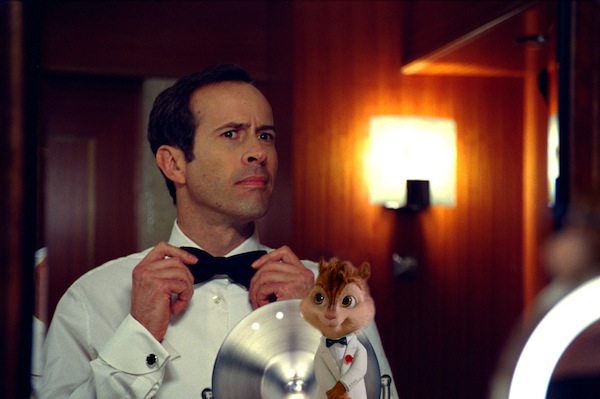 Jason Lee returns for his third installment in the Alvin and the Chipmunks series as the one guy who knows how to put up with these singing tree creatures and their amazing little voices.

Who says they’re hard to put up with? They do. Known for their childlike antics (they’re chipmunks, people!), their manager Dave, played by Jason Lee, tells the chipmunks to grow up or ship out. They take the latter option, to some extent, and find themselves stranded on a tropical island in the middle of the ocean.

Chipmunks who hate the outdoors

Why would it be a problem for chipmunks to be stranded in the wilderness? They are animals, right? Yes, they’re animals, but these guys have been out of trees so long, they’ve kind of lost their roots.

Left with nothing but street smarts and a whole lotta vocal cords to go around, the dynamic trio, Alvin, Simon and Theodore — accompanied by three spunky female singers Eleanor, Jeanette and Brittany — must try to survive on the island alone until Dave comes to rescue them.

If he ever comes… 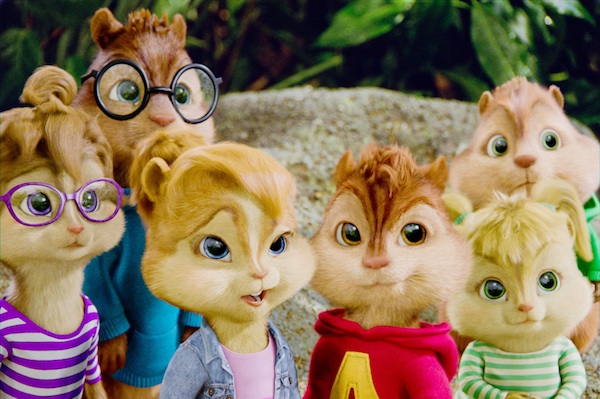 When Alvin realizes his juvenile antics might be too much for Dave, the chipmunks start to wonder if they will be rescued at all.

Dave, on the other hand, is nothing but worried about his fury little friends. But unfortunately for him, he’s stuck on the other side of the island with his archenemy Ian, played by comedian David Cross, who has some of the funniest lines in the movie. Did we mention he’s wearing a chicken suit the entire time? You have to see it to believe it.

Sing your way to civilization

Things get stranger — and a little more interesting — when the chipmunks run into Zoe, played by Jenny Slate of Saturday Night Live and HBO’s Bored to Death. She’s been stranded on the island in a bit of a Tom-Hanks-Castaway-meets-Lord-of-the-Flies fury for almost a decade. Least to say, she isn’t fazed by seeing talking chipmunks who can sing their way out of any problem.

With lots of hilarious dance sequences and great vocals, the musical numbers make up for the rather thin plot. With a tone similar to other animated-live-action hybrid films like Russell Brand’s Hop and Who Framed Roger Rabbit?, this movie gives adults some time with their favorite My Name Is Earl actor and children time with their favorite singing chipmunks.

Celebrity voices include Justin Long as Alvin, Amy Poehler as Eleanor, Anna Faris as Jeanette and Christina Applegate as Brittany. If you liked the first two chipmunk movies, Alvin and the Chipmunks and Alvin and the Chipmunks: The Squeakquel, don’t miss seeing these spunky little singers try to survive life in the wilderness.

Bottom line: If you like Jason Lee, booty-shaking tree critters and the voices of Anna Faris and Amy Poehler, Alvin and the Chipmunks: Chip-wrecked is a cute family comedy full of music and laughs.