The Screen Actors Guild recently announced their 2012 nominees. Unfortunately, they gave some top-tier talent the cold shoulder. Ryan Gosling, Michael Fassbender and Rooney Mara are just a few of the talented individuals who were snubbed by their peers. 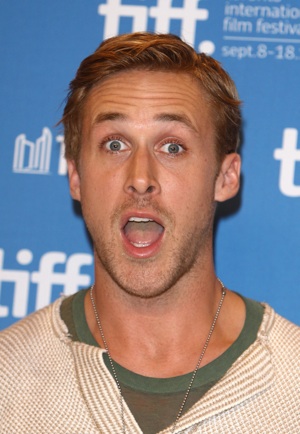 Wednesday morning, the Screen Actors Guild unveiled their nominees for this year’s best performances in film and television. The theme for the 2012 ceremony must be girl power because The Help and Bridesmaids led pack in nominations.

We’re extremely excited about SAG’s love for the ladies, but we couldn’t help but notice a few omissions. Here are five of the biggest shut-outs missing from this year’s list.

Michael Fassbender: Michael Fassbender has had an amazing year. He’s managed to appear in five films, with the most daring and provocative being Steve McQueen’s Shame. His performance is raw, emotional and brutally honest. If anyone deserves a nomination for acting, it’s him.

Ryan Gosling: Like Fassbender, Ryan Gosling has had a busy 12 months. He starred in three films including Drive, where he plays an unlikely hero who takes on a local mobster. He also turned in stellar performances in the political drama The Ides of March and the comedy Crazy, Stupid, Love. Gosling has proven time and time again that he’s one of the most talented actors of his generation. Unfortunately, the Screen Actors Guild has failed to see that.

Rooney Mara: Rooney Mara tackles the role of computer hacker Lisbeth Salander in The Girl with the Dragon Tattoo and completely owns it. When her casting was initially announced, many doubted her ability to play such a dark and complex character. But she proved critics wrong and holds her own against several of her veteran co-stars. Hopefully, other award shows will give her the recognition she deserves.

Kristen Wiig: The cast of Bridesmaids received a Best Ensemble nod, but Kristen Wiig got no love in the Female Lead Actor category. Breakout star Melissa McCarthy earned a nomination for best supporting, but Wiig was hung out to dry. Not only was she the film’s headliner but she also co-wrote the screenplay. Wiig is the heart and soul of that movie.

Homeland: On the television front, no one got it worse than Showtime’s Homeland. The drama has been frequently called 2011’s best new series , but it received nothing from SAG. At the very least, Claire Danes should have been nominated for her amazing performance as CIA officer Carrie Mathison. The entire cast delivers strong performances each week, but it looks like their best work wasn’t good enough.

Who do you think received the biggest snub from SAG this year?