The rumor mill is buzzing after reports surfaced saying that Selena Gomez plans on proposing to Justin Bieber this Christmas. 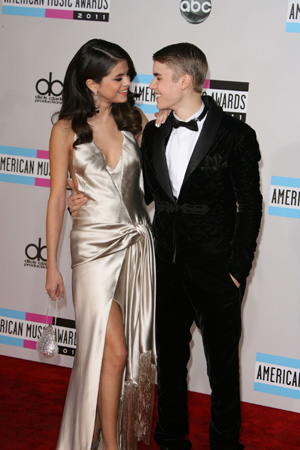 Does Selena Bieber have a ring to it? Selena Gomez plans on proposing to her boyfriend Justin Bieber this Christmas, says a source.

In fact, despite reports that Bieber’s paternity drama drove them apart, it appears like it actually brought them closer together.

“Selena is crazy about Justin and she hates seeing him so upset over the paternity allegations,” a friend of the star revealed. “He’s been on edge thinking Selena might leave him, so she wants to get him a ring to show that she’s with him for the long haul.”

Mariah Yeater came forward in October to claim that Bieber, 17, was the father of her 4-month-old son, resulting from a one night stand they allegedly had after a show in Los Angeles last year.

Bieber took a paternity test and vowed to sue her once the truth came out that he was not the father, however Yeater went MIA after realizing that she could get in big legal trouble if her accusations proved false.

The “maybe baby” drama has actually made Bieber realize that he wants to start a family with Gomez, says the source, however friends are hoping they will slow down their relationship.

If the wedding rumors are true, Gomez plans on giving Justin a ring in front of his family in Canada over the holidays. Bieber’s mom, Pattie, is even reportedly “in on the secret.”

“Pattie thinks Justin is talking about having kids partly because he’s afraid of losing Selena. But if Selena proposes, Pattie thinks Justin will feel more secure, and she’ll be able to talk them into putting off a wedding and kids,” the insider revealed.