Cameron, Sean, do you two have something to tell us? 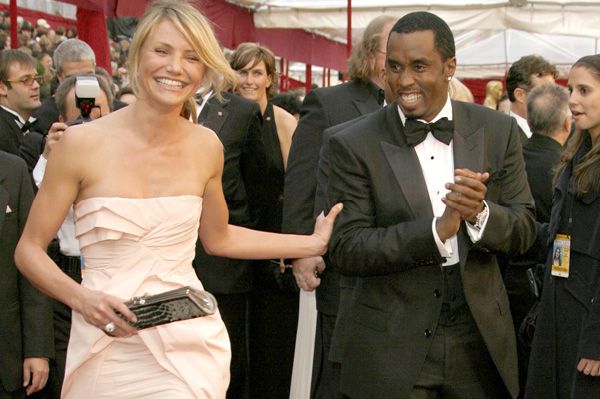 They’ve been denying the hookup rumors for weeks, but Cameron Diaz and Sean “P. Diddy” Combs have allegedly been caught locking lips on the streets of the City That Never Sleeps.

And they weren’t making any effort to hide the affection!

Cameron allegedly had dinner with friends in the hotel lobby before moving upstairs to the bar, where she was eventually joined by the rapper.

“After the music mogul ordered multiple bottles of Ciroc, Grey Goose and Patron, onlookers said Diaz and Diddy were attached to each other all night,” the paper reports.

“They were kissing and making out” in a “very affectionate” manner before leaving together with the group around 3 a.m., according to the spy.

Diddy and Cameron were spotted having lunch last month, but both their reps claimed the old chums were merely dining and discussing a potential film project.

“They are friends and are not dating,” Cameron’s publicist said at the time.

Gwyn invited Cameron to see Jude in the play Anna Christie a few weeks ago, but the pair failed to make a love connection.