Gleek Chord Overstreet has released his debut single! The up-tempo track, “Beautiful Girl,” will appear on the singer/actor’s 2012 debut album. 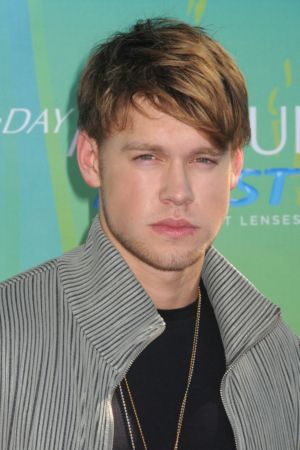 We know Gleekster Chord Overstreet can belt out a decent tune, but can he cut it as a pop star?

After briefly exiting his role as Sam on TV’s Glee earlier this year, Chord hit the studio to begin work on his debut album. He recorded a stack of music before returning to the hit musical-comedy earlier this month.

“Beautiful Girl” is the first song to leak from the forthcoming LP, dropping next year.

While we may have to wait another few months to get our hands on the full record, a just-leaked clip has been released — giving us a sneaky listen at the piano-accompanied love song addressed to the girl of Chord’s dreams.

“I got a lot of great stuff done [during the break] and I’m really excited about how the finished album is going to sound,” he said this week.

Overstreet is the latest in a series of Glee stars to take a stab at impacting the pop charts with original material.

t
Broadway alum Matthew Morrison, who plays Will Schuester on the popular show, released his first album over the summer.

Chord Overstreet’s “Beautiful Girl” — Rock It or Drop It?