Newsflash: Justin Bieber has guy fans. Don’t believe it? Take a look at the interesting prom proposal the teen singing sensation has received from one New Jersey high schooler.

Leon Purvis , 16, has taken to the web to ask Justin Bieber to be his junior prom “date.”

Hey, it worked for the Marines… 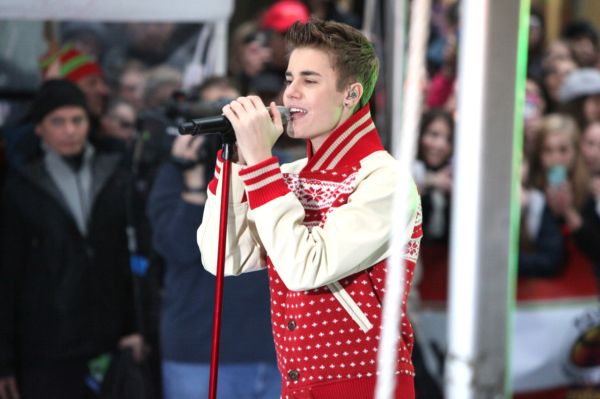 The Garden State-based Belieber, a junior at Glassboro High School in South Jersey, posted the impassioned invitation for the Biebs on YouTube last June.

Leon’s vid commanded serious attention after the YouTube pleas of a pair of Marines nabbed the vets Justin Timberlake and Mila Kunis as dates for their Marine Corps Balls.

Justin Bieber is ticked about Drew Ryniewicz, too >>

Purvis hopes the newest online fad — viral video love letters to the rich and famous — will land him the prom date of his dreams.

But don’t mistake this for the usual Bieber crush, Leon says this invitation is strictly a “bromance thing.”

t
“Justin Bieber, would you like to come to my prom with me?” Purvis, who posts YouTube videos under the handle JPMay300, asks in the clip. “But not as a date — just as a friend, as a brother.”

The video has received more than 90,000 views in the past week.

Leon says it was a conversation with a pal that inspired him to extend an invitation to JB.

“At the time I was thinking about what girl I wanted to ask and he [a peer] said, ‘Who are you going to ask? Justin Bieber?’ I thought it was a good idea because I admire him and all he’s accomplished for being so young,” Leon tells The Gloucester County Times.

“I’ve been a fan ever since his YouTube days.”

Leon isn’t the only Glassboro student hoping Bieber Fever will make an appearance at the Spring 2012 formal. A host of Leon’s classmates are planning an online publicity blitz to bring the video to Bieber’s attention.

t
Let’s hope JB’s been eating his Wheaties. If the youth of America have their say, the “Baby” crooner will be a very busy man this prom season. (Sorry, Selena.)

In October, Cady Eimer, a 17-year-old rising high school junior from Poquoson, Virginia, became a viral sensation when she offered a similar YouTube prom proposal to Beeb — complete with some awkward lyrical freestyling.