We’ve rounded up our favorite books from 2011. Check out our choices and why we loved them!

A Thousand Lives by Julia Scheeres 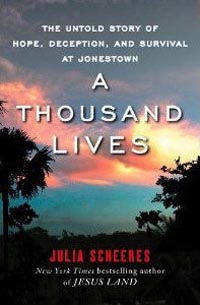 I was born in 1983 and therefore, did not know much about the Jonestown massacre of Nov. 18, 1977, prior to reading A Thousand Lives by Julia Scheeres.

Drawn in by my preference for true accounts, I was at once fascinated by the history of the Peoples’ Temple and horrified at the inevitable disaster; I could not stay away from this book.

Despite its macabre topic, I’ve read few books that have fascinated me as much as A Thousand Lives. Prior to reading the book, I could not imagine how anyone could force nearly 1,000 people to commit suicide, unless they were willing participants.

After learning about the individual members of the Peoples’ Temple and the control Jones exuded over his followers, I can understand how most of them saw no other option.

The Taker by Alma Katsu 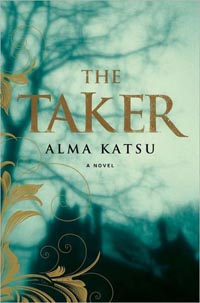 If you’ve heard that The Taker is about vampires, you’ve heard wrong. There are no blood thirsty night dwelling creatures in this beautifully written debut. Alma Katsu spins a supernatural tale of love that spans centuries, complicated by its immortal participants. The Taker moves seamlessly between the present, where Luke Findley, a small town doctor, helps a murder suspect, Lanore McIlvrae, escape the authorities and the distant past as recalled by Lanore. Lanore is an immortal, frozen in time, and her story is one of magic, love, lust, violence and murder, interspersed with her undying love for the murder victim, Jonathan, a breathtaking man whom she met as a child.

It’s impossible to squeeze all the wonderful intricacies of The Taker into a few sentences, but it only takes a few pages to get sucked into this fantastical tale. I, for one, cannot wait for the sequel, The Reckoning, coming this summer. 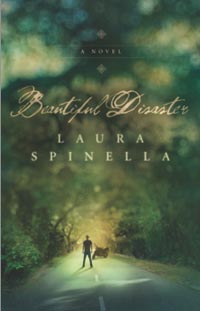 A senior in college, Mia fell fast and hard for Flynn, an ex-special ops Marine blowing through town. Despite Roxanne’s warnings, Mia felt that she knew the Flynn no one else did. She believed him when he promised not to leave without a warning… until he did.

Beautiful Disaster by Laura Spinella was — just like Mia and Flynn’s love — sweet and sexy, and at times painful. I’ve seen others fall madly in love with people who were strangers just the day before, so to me, Mia and Flynn’s instant connection felt real and genuine.

I truly enjoyed Beautiful Disaster and found it to be reminiscent of Nicholas Sparks’ writing. Many of us have experienced that all-consuming love or infatuation, or know someone who did, and will appreciate a walk down memory lane with this novel. I look forward to seeing more from Spinella! 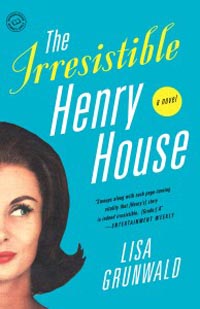 Henry was just one in the long line of “practice babies” in the 1940s, brought to the all-women’s Wilton College to be passed from one “practice mother” to another.

The Irresistible Henry House follows our character through his decision to stop speaking as a protest to Martha’s ever imposing presence, his stint in a school for kids with special needs in Connecticut, his blossoming art talent and his various gigs in animation with Disney, both in the U.S. and in 1960s London.

The idea for The Irresistible Henry House came about by accident. Author Lisa Grunwald was searching the web when she stumbled across a photo of a baby boy — a “practice baby” from Cornell University’s long since abandoned home economics program.

This single photograph led to more research and eventually to the marvel that is The Irresistible Henry House.

Day of Honey by Annia Ciezadlo 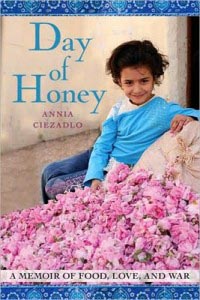 If you have any doubt in Annia Ciezadlo’s love for food, you only have to read a few pages of her memoir, Day of Honey, to dispel that notion. Delicious sounding recipes aside (and there are many of them in the back of the book), Annia uses food to connect to people and to hear their stories. We meet a bright eyed woman marooned in her home despite dreams of a brighter future; a mother camping out in a hotel in fear of returning to her home; a female leader striving to better her country despite constant threats to her life. Most importantly, Annia relates the importance of food in maintaining some sort of normalcy in the midst of a war.

Day of Honey was not a page turner for me; it was more like a meal that I’d enjoy on a special occasion. There were many memorable stories of people Annia met on her journey, and sometimes I found it best to lay the book down for a while and linger over the individual story before starting another. Above all, I was always enamored with the elaborate descriptions of ethnic dishes and eagerly leafed to the back to check out the recipes. I’ve yet to make one on my own, but one of these days I will!