It’s official: Christopher Meloni may no longer be heating up the interrogation room of Law & Order: SVU, but he will be making us melt on True Blood. 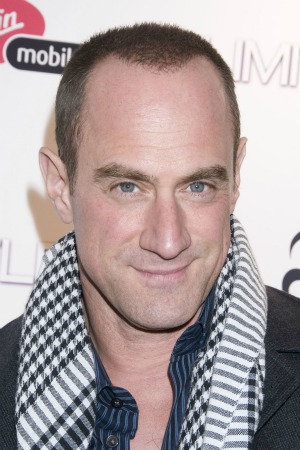 The rumors have been put to rest. Negotiations between HBO and Christopher Meloni have come to an end, with a happy conclusion for all.

Meloni will be a part of True Blood when season five hits.

The internet was blazing after news of Christopher Meloni joining True Blood broke via TVLine last month, but at the time, things were still under negotiation.

New details have emerged and according to E! Online, executive producer, Alan Ball, has told TVLine Christopher Meloni will play “an ancient, powerful vampire who holds the fate of Bill and Eric in his hands.”

Let us just say the transformation of Meloni into a supernatural vampire of Bon Temps is going to be a real treat for fans of not only True Blood, but of the actor as well.

The last time Christopher Meloni was a part of HBO was back when Oz was heating up the lineup.

This will mark Christopher Meloni’s first return to TV since leaving Law & Order: SVU, which let’s face it, was a sad day for the show and the fans.

Christopher Meloni is also part of the new Superman movie, Man of Steel. Where isn’t this man popping up these days? So much Meloni, so little time!

We want to hear from all the diehard True Blood fans. Will Christopher Meloni fit in with the successful show or do you have a hard time believing he’s a vampire-esque actor?

This cast boasts a great amount of talent, so we’ll be watching this one very, very closely.

Head over to our comments section and sound off. We know you have an opinion, so why not use it?