If you’ve been looking for a place to wear your cowboy boots, look no further. Fox is putting on a country-centric New Year’s Eve show that includes American Idol finalist Lauren Alaina. 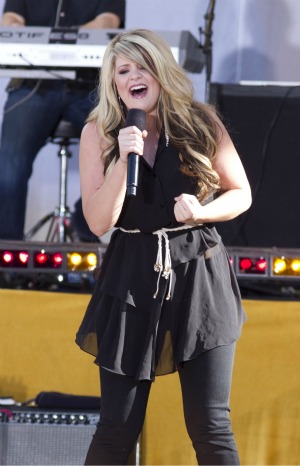 Yee-haw! It’s time to watch the ball drop with Fox and some of country music’s finest.

According to a report via TVLine, Fox will ring out 2011 and ring in 2012 with a country-themed party that includes Lauren Alaina and Rodney Atkins.

According to the report, a spokesperson has revealed that American New Year’s Eve Live will feature happenings from some of the hottest parts of the country, including the Las Vegas strip and New York’s Times Square.

More twang-loving stars are still being added to the lineup, which promises to be star-studded.

Lauren Alaina has been making the rounds since taking the runner-up spot to Scotty McCreery on last season’s American Idol.

She’s caught attention for flubbing the national anthem and for landing her latest single, “Georgia Peaches,” in the top 40 of country radio.

Of her flub, she responded, “Thank you everyone for the kind words. But the truth is I messed up. I’m gonna spend the rest of the day being thankful for all my blessings… I have no excuses.”

Alaina added, “I messed up. You know what can ya do. At least I didn’t fall down again.”

You can catch Lauren Alaina on the road in 2012 with Jason Aldean and Luke Bryan.

We want to hear from you — will you be ringing in the new year with a few of country music’s hottest stars or do you have other plans?

Head over to our comments section and sound off! We want to know your New Year’s Eve plans.