When the days are cold and short, little is more satisfying than curling up with a nice, thick book. One that combines adventure, magic and romance is even better. Luckily, fall 2010’s hit book, A Discovery of Witches by Deborah Harkness, is now out in paperback to fulfill all of your winter reading needs. 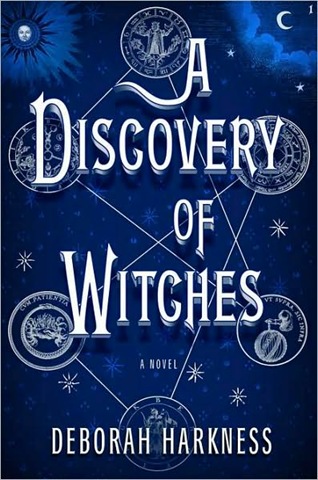 Diana Bishop is a young scholar studying the history of science, with an emphasis in alchemy. She is also a witch and the descendant of the first woman killed in the Salem Witch Trials. Since the murder of her extraordinarily powerful parents, Diana has denied her heritage and made a point to do as little magic as possible — other than emergency situations, such as keeping the washing machine from overflowing and flooding the house. Sometimes, though, little acts of magic escape from Diana without her intent. Just such a thing happens at the Bodleian Library in Oxford, when Diana manages to find and open Ashamole 782, a long-lost alchemical manuscript, one that is of great interest to witches, vampires and demons alike.

Soon, the Bodleian is full of creatures. Although they mostly stay disguised in front of humans, Diana can sense each of the creatures watching her, a different sensation for each of the three types of creatures. None puts her more immediately on edge, however, than a suave, handsome vampire named Matthew Clairmont. Matthew exudes a dangerous air, but at the same time, Diana quickly begins to feel an odd connection to him. He is everywhere she goes, which both unnerves her and also reassures her, as Diana begins to be threatened by other creatures — and in particular, her fellow witches — who want to discover how she accessed Ashamole 782.

Before she knows what is happening, Diana finds herself forced to trust Matthew while on the run from her life and her people. Initially, Matthew is only interested in the book and Diana is only interested in staying safe, but the more time they spend together, the more they find themselves drawn to one another, in violation of everything that is expected of them in their world.

A Discovery of Witches is reminiscent of Elizabeth Kostova’s The Historian, with just a dash of Stephenie Meyer’s Twilight series thrown in towards the beginning for good measure. Between the sexual tension-filled moments, Diana and Matthew must find out what is really in Ashamole 782, and Diana must find a way to come to peace with her abilities — or they will never be safe.

Go ahead. Curl up under a blanket with a warm beverage — or better yet, a glass of red wine — and spend some time this winter with Deborah Harkness’ A Discovery of Witches. You’ll want to have read it when everyone begins buzzing about Shadow of Night, the second book in the series, come July.